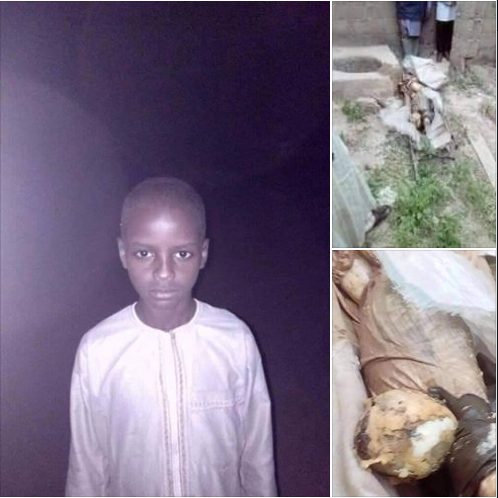 A young Nigerian boy who was abducted by kidnappers, has been found dead.

It was gathered that the boy was kidnapped on 16/12/2018 at 8:00 pm, and has been in the custody of his abductors since – before he was found dead few days ago in the northern part of the country.

According to reports, the kidnappers had reached out to the father to collect ransom which was paid.

After the payment of the ransom, the kidnappers reportedly cut off communications with the boy’s family for some time.

Then on Saturday, February 1, the kidnappers called the father to go and take his son from an uncompleted building where he was found dead.

His corpse has been recovered by the family.