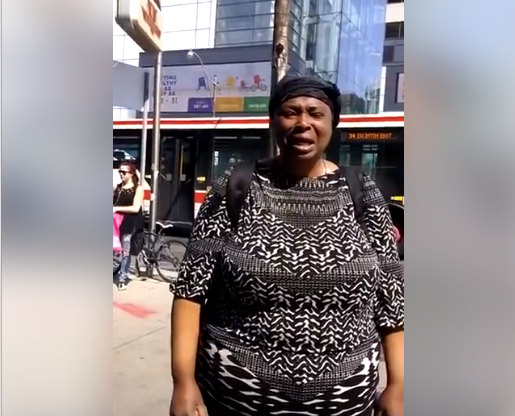 A man was left outraged after seeing a Nigerian woman begging on the streets of Canada. The woman when questioned by the Canadian man, said she left Nigeria to have a good life abroad.

She also claimed to have finished from York University in Toronto, Canada and even got a job which has ended.

She also revealed that the Canadian government pays her but the money is small as she has to pay for her rent, take care of her son and that things have been difficult for them.

When she was asked why she can’t have a good life in Nigeria, the woman said the economy is bad and that the leaders are corrupt.

The Canadian man also blasted Nigeria as he berated citizens for leaving their country to seek for better life abroad rather than take care of their own country.

Meanwhile, internet users have reacted to the trending video below.