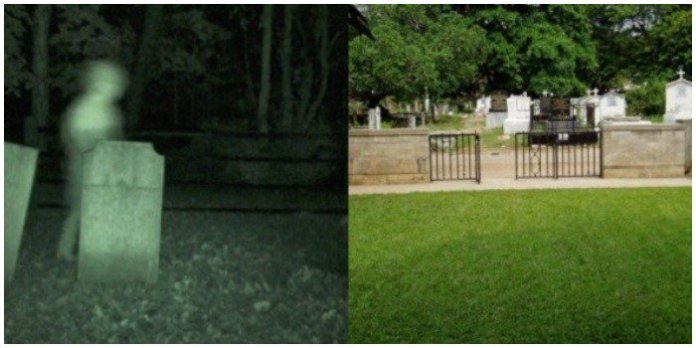 The ghost of one late Mr Paul Johnson, literally wasn’t going to rest in peace as it’s being alleged that he was caught on a CCTV camera outside Ikoyi Crescent Cemetery, Lagos.

The guards on duty had gone into the camera room to review the footage from the previous night, when one of them noticed the movement.

According to reports, the guards thought it was the wind at first, not until noticeable movement further into the footage changed their minds.

The only way they knew it was the body that had recently been buried, was because the burial plot itself was in a state of chaos.

The widow and children of Late Mr Paul-Johnson also confirmed seeing their late husband and father at home. According to them, he was annoyed at the way they were being mistreated by extended family members who had appropriated his property upon his death.

He probably was back to rectify the wrongs done to his nuclear family.