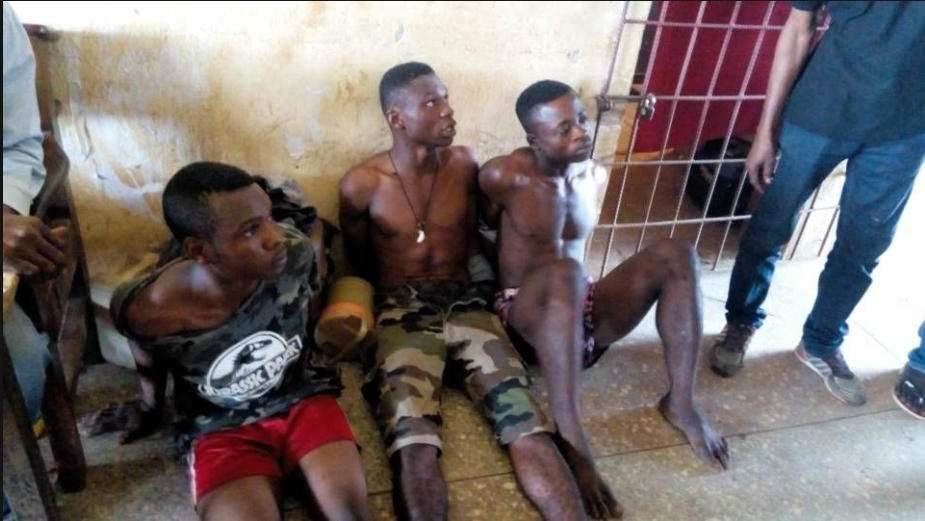 The police in Lagos have rescued 12 Primary School pupils between the ages of 6 and 16, who were reportedly recruited and initiated into the dreaded Awawa cult group.

It was gathered that the victims were recruited from a Primary School located in Egan area of Igando, Lagos and were undergoing training in order to become hardened members in the future before it got exposed.

Two of the suspects behind the recruitment and initiation have been arrested and detained at the Police Command for further investigations. The police declined to mention their names in other not to jeopardize investigations as other suspects were said to be at large.

This was disclosed by the Lagos State Commissioner of Police, Mr. Imohimi Edgal, at the State Police Command. The police boss said that the Command arrested the two men for allegedly initiating Primary School pupils into a deadly cult gang in Lagos State known as ‘the Awawa Boys’.

Edgal said the police rescued 12 children whose ages ranged from 6 to 16 years, including a 16-year-old girl, from the cult gang leader. He said that the rescued children were currently undergoing psychological tutorials at the Command’s Gender Unit.

The police said it was a Guardian and Counseling teacher at the Egan Community School in Lagos who uncovered the cultists’ initiation ceremony plan. The school comprised of both primary and secondary levels.

The teacher was said to have noticed a particular incision on the lower jaws of some of the students and decided to ask questions about it, to which one of the children confessed that any school pupil or student seen with the mark was a member of the Awawa cult group.

Consequent upon the discovery, the teacher raised an alarm and the school authorities reported the matter to the police.

The Lagos State Commissioner of Police, Imohimi Edgal, said that acting on the report, he directed the Gender Section of the Command to investigate the allegation of initiation into an unlawful society affecting 12 children whose ages ranged from 6 to 16 years, the 16-year-old girl being the oldest and only female among them.

Edgal said that during interrogation, the girl confessed that she did take the rest of the children for initiation and that the symbol on their jaws was that of the Awawa Boys.

“Two adult suspects behind the initiation are already in police custody and are helping police investigation. Investigation is ongoing with a view to arresting other members of the Awawa group for prosecution,”