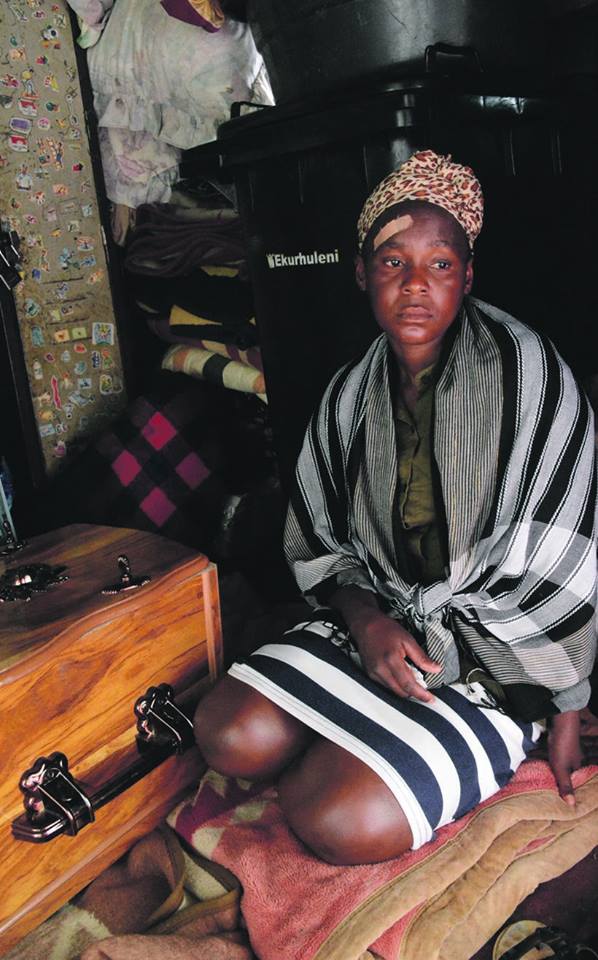 A mother has been left heartbroken after her 16-year-old daughter was shot dead in their home after she had gone to a bar to have fun.

The South African woman identified as Skhonzile Mtshali said when her daughter came to fetch her at a tavern, saying she was scared to sleep alone, she sent her back home.

Her daughter named Mbali was later shot dead while asleep in their apartment.

The 35-year-old from Lindelani squatter camp in KwaThema, Ekurhuleni, South Africa, said she wishes she could go back to Friday night.

“My daughter is gone. I will never see her again. I wish I had listened to her. If I had,, my daughter might still be alive,” she said.

“I usually go to the tavern and come back late. She opens for me when I knock on the door.”

Skhonzile said she thinks on Friday, Mbali might have sensed something was wrong. She said when she returned home at 4am on Saturday morning, she found Mbali had been shot in the head while sleeping.

“I walked to the police station to tell them my daughter had been killed.”