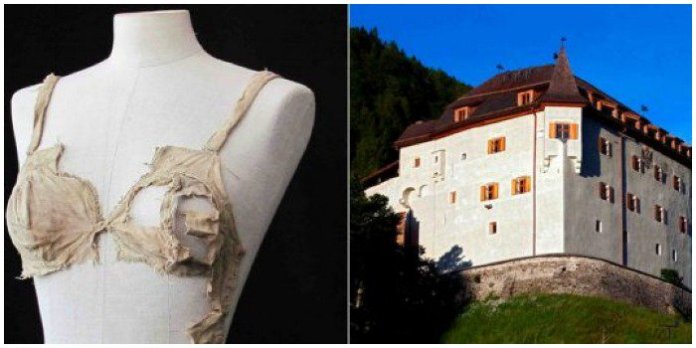 A 500-year-old G-string and bra have been found in ancient castle in Austria proving that the underwear items are not exactly new age.

The discovery also revealed that not only is the undergarment older than previously thought but it is also ‘s.exy’

Even though it was not in the best condition, it’s clear that it’s similar to the modern bra and pants.

The findings consisted of four linen bras, panties and it rewrote history because it was universally accepted that bras became a thing only a century ago.

They were also decorated to add some sex appeal.

The menacing-looking Langberg Castle in East Tyrol, Austria is where a spicy discovery was recently made.

The pieces of underwear were discovered in a hidden vault.