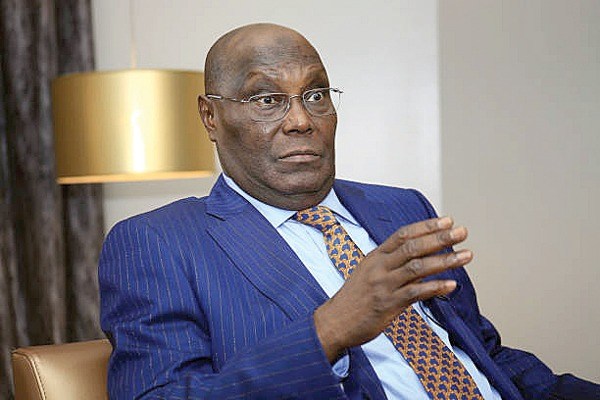 Phrank Shaibu, an aide of Atiku Abubakar, presidential candidate of the Peoples Democratic Party (PDP), says the party has uncovered a plot by the All Progressives Congress (APC) to frame and arrest associates of Atiku.

In a statement on Thursday in Abuja, Shaibu said the ruling party wants to use the Economic and Financial Crimes Commission (EFCC) to frame his associates for money laundering.

He alleged that the plot is being led by an APC governor in the north west working in tandem with a prominent minister in President Muhammadu Buhari’s cabinet.

He urged the EFCC and the plotters to “desist from any act that could create chaos and anarchy” in the electoral process, adding that Nigerians were already fed up.

“The architects of this plot believe that unless the APC destabilises the main opposition party and gets rid of the key associates of the PDP Presidential Candidate, President Buhari’s plan to clinch a second term in office will be in jeopardy, especially as they are afraid – for obvious reasons that the President has become unpopular and won’t be re-elected at the poll,” the statement read.

“The first step in this desperate plot is to arrest some of our associates using the EFCC with others soon to follow, based on a list that has been drawn up by the cabal.

“The cooked intelligence report concluded that all means must be used to stop Atiku. Reading between lines, the measures being advocated in the report could only be to frame his associates for money laundering, creation of chaos and anarchy to pave the way for the derailing of the electoral process, which will ultimately lead to the emergence of an interim national government.

“We also warn the security and anti-graft agencies to be independent and not to allow themselves to be used for political gains. They should put national interest above partisan interest, and remember that the President Muhammadu Buhari and his APC gang are not synonymous with the Nigerian nation. Buhari is just a bull in china shop that will soon be ejected by the peoples’ votes on February 16.”