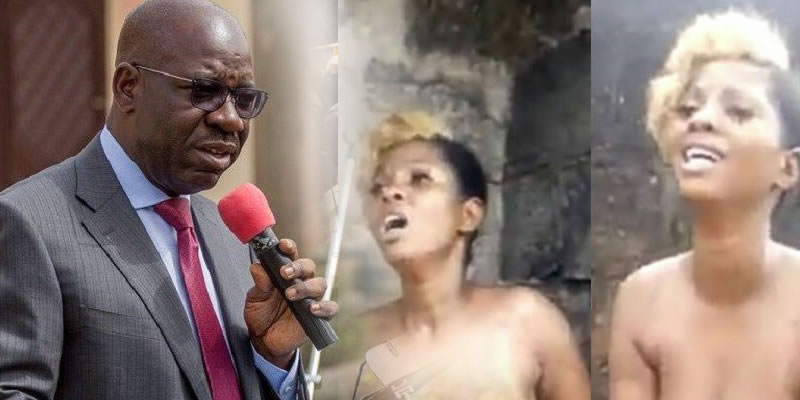 Edo State Governor, Mr. Godwin Obaseki, has condemned the assault on one Miss Favour Ada, over the alleged theft of a mobile phone, in the Ugbiyoko area of Benin City, stressing that the state would never tolerate the reign of lawlessness or resort to self-help in managing crime.

In a statement by the Special Adviser to the Governor on Media and Communication Strategy, Mr. Crusoe Osagie, the governor said, “The gruesome and dehumanising attack on the lady is condemnable without equivocation.”

He commended the State Police Command, lawyers and members of the Civil Society for forming a solid campaign to fish out the lady’s attackers and urged the Police to ensure that justice is served in the matter.

According to him, “The campaign on violence against women and children is a major thrust of our government. So, we see this case as serious and are committed to bringing the perpetrators of the disgraceful act to justice.”

Noting that the state government prioritises law and order, the governor said, “We believe that due process must be followed in addressing issues of alleged theft. The resort to self-help is unacceptable as we have established agencies of government that deal with such issues using the laws of the land.”

Obaseki commended the Police for the prompt response to the attendant public outcry, noting “The proactive step of the Edo State Police Command in arresting the attackers is commendable. I urge the Police to get to the bottom of the case and ensure other persons involved in the incident are arrested, thoroughly investigated and charged to court for assaulting the young lady.”

The governor urged members of the public to join in condemning jungle justice and all acts of violence which infringe on people’s fundamental human rights.

He said the Ministry of Women Affairs and Social Development is also monitoring progress on the incident and would work to ensure the victim gets justice and fully recover from injuries and trauma she suffered from the assault.

READ ALSO: Native doctor and others land in Police net over insertion of pepper inside girl’s private part over an alleged missing phone