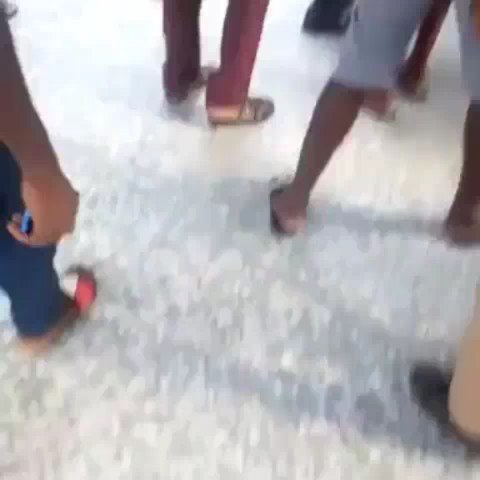 According to report from Micheal Kolins who posted tge video on his timeline, A woman was caught stealing a male twin in Nnamdi Azikwe General hospital and put the baby in a bag.

The baby later cried out before the people in and around the hospital caught her with the baby.

Unfortunately for her she was caught and beaten by the people around the hospital and the baby was rescued.

As seen in the video the security woman has handled the woman which she was later handed to the police.