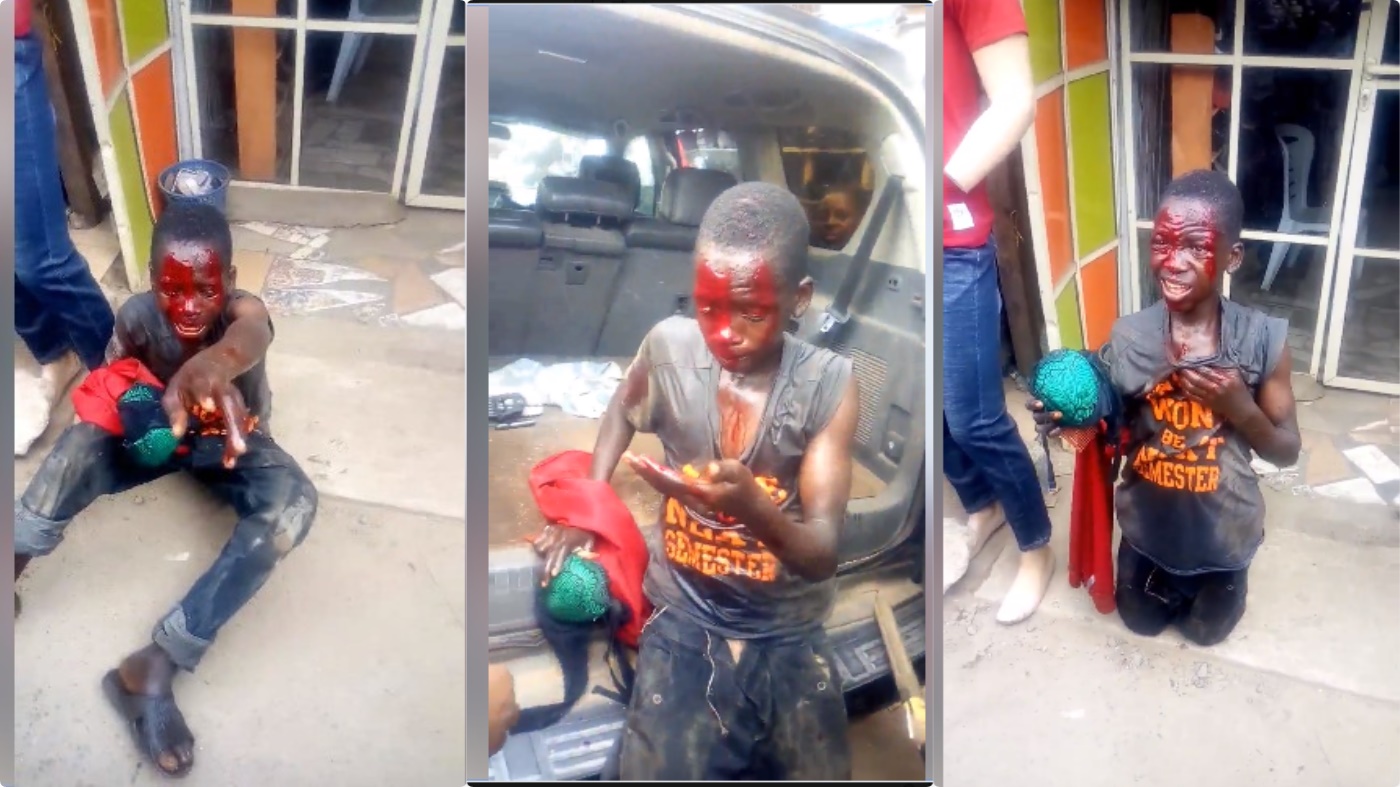 A boy who decided to tow the path of trending underwear theft, got more than he bargained for as he was left bloodied by angry residents of Osun state.

It was gathered that the boy stole a bra and pant but was nabbed before he could make away with them at Mayfair area in Ile-ife part of the state..

The boy’s head was broken during a mass beating he received from the mob.

In the course of interrogation, the boy alleged that he was sent by a Hausa man to bring the underwear for a fee.

Pleas from other residents prevented further mob action on the boy before he was taken away by the police.