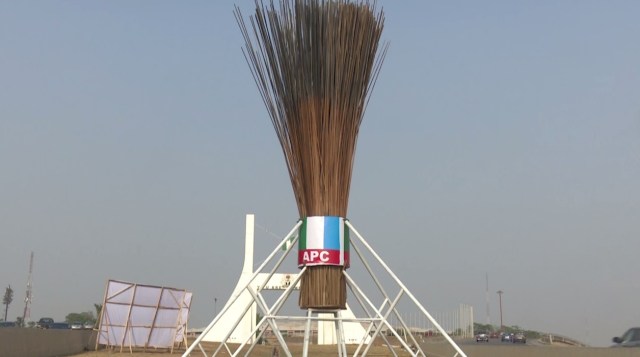 The All Progressives Congress says the party is not responsible for the giant broom monument mounted at the city gate in Abuja.

The structure, a broom which is a symbol of the All Progressives Congress, has generated widespread reactions from Nigerians, with some questioning why a party symbol would be erected at such a monumental position as the city gate of the Federal Capital Territory (FCT).

The APC publicity secretary, Mallam Lanre Isa-Onilu in an exclusive chat with Channels Television says the giant broom was erected by Nigerians who support the Buhari-led administration.

In reaction to the PDP’s condemnation of the structure, the APC spokesman told the opposition party to erect its own symbol.