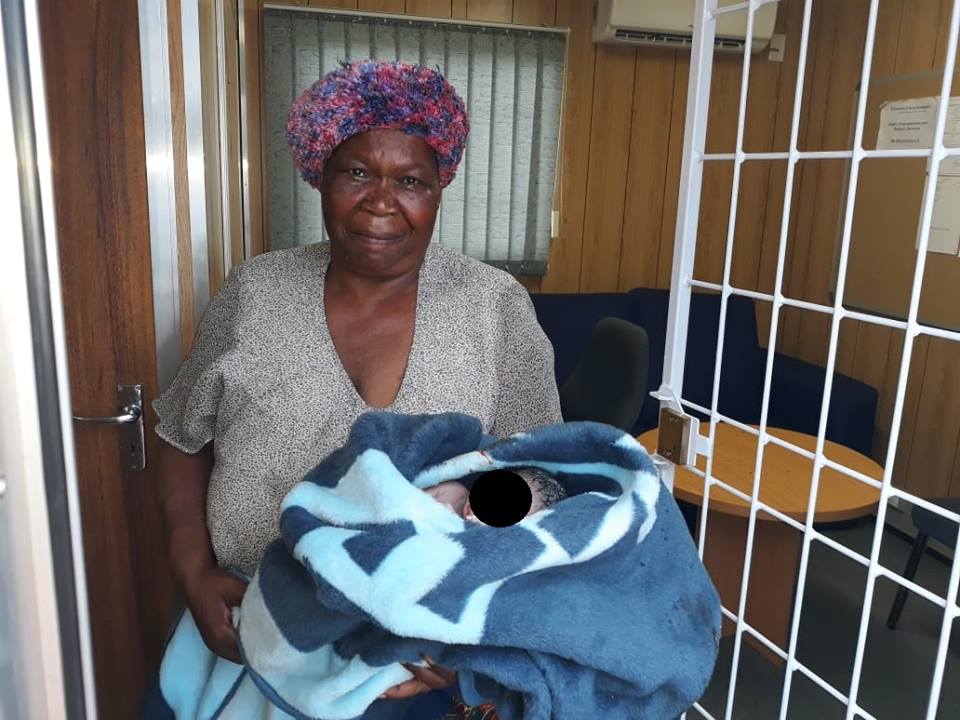 A woman gave birth to a bouncing baby after rushing into a police station during labour.

According to reports, the incident happened on Sunday, February 10th, in Limpopo area of South Africa, after a heavily pregnant woman hurriedly entered the station and sought the assistance of an ambulance.

An officer contacted the ambulance but with the nearest hospital situated some 45km away from the station, the constable noticed that the woman was in labour pains and rushed her into the Victim Empowerment room.

Constable Puggens then sought the assistance of an elderly woman who reside adjacent to the station.

The two of them successfully played the role of a midwife and a baby girl was born. The mother of the child named her Nyiko, which means a gift.
With the doctors declaring both the mother and the child healthy, for Constable Puggens it was the best news ever.

She said she was happy that she assisted in bringing a life to earth and that such a tender soul was in good spirit.

“I am not used to that kind of a situation and it was scary but I had to supress my fears and be strong for the mother who was due. The priority was to ensure that both the mother and the child are alive and healthy. When such was achieved I felt like I could kiss the skies”, explained a jubilant Puggens.