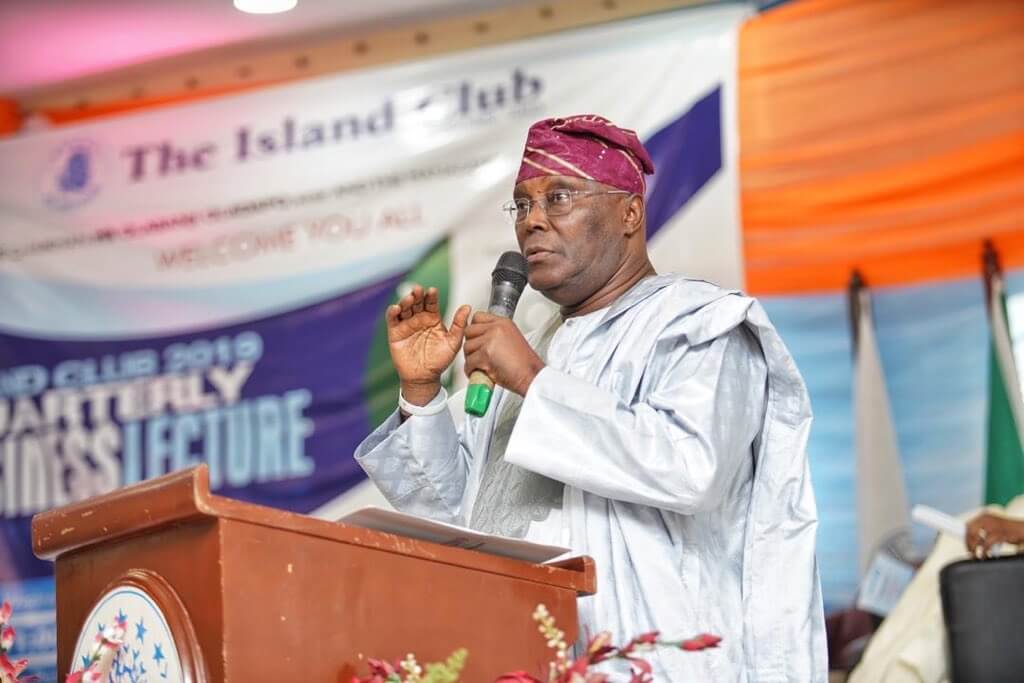 Presidential candidate of the Peoples Democratic Party (PDP), Atiku Abubakar, has appealed to Nigerians, especially his supporters across the country to be peaceful.

He made the appeal at the second signing ceremony of the peace accord held at the International Conference Centre in Abuja on Wednesday, two days to the elections.

The former vice president noted that while he is running for the office of the president in the coming polls, his ambition does not worth the life of any Nigeria.

“As we prepare to sign off on this peace accord, as representatives of our party and people, may I freely quote the words of former President Goodluck Jonathan which remains a benchmark for me, taking into account the deep feelings that prevail as February 16 2019 approaches – ‘My ambition is not worth the blood of any Nigerian,” Atiku was quoted as saying in a statement by his media adviser, Paul Ibe.

Atiku added, “I appeal once again, to our citizens, to go out and cast their votes for the candidates of their choice, to be peaceful at all times, and confident in our democracy, its institutions and processes.”

He noted that the gathering of presidential candidates, including President Muhammadu Buhari at the event demonstrated the importance of the coming polls.

The PDP candidate added that it was an indication of how the nation’s democracy has matured, not only to its people but also to the international community.

He, thereafter, appealed to the leadership of the Independent National Electoral Commission (INEC) and the Nigeria Police Force to be fair arbiters in the polls while letting neutrality prevail.

Atiku said, “For emphasis and in the spirit of fair play, I also urge our security agencies, not to embark on indiscriminate arrests of members of the opposition, 24 to 48 hours before elections, as has been the case in previous elections.”

“Hopefully, our democracy should emerge stronger from this process with the 2019 elections proving better managed than the 2015 process, which was adjudged free and fair with the then opposition’s victory unobstructed,” he added.

The former vice president asked President Muhammadu Buhari to use his good office to ensure that eligible people who cast their vote were confident in the process and in the belief that their votes would count.

He also advised other candidates to note that the election was about the future of Nigeria, stressing the need to abide by the will of the people as freely expressed through elections, under the terms of the nation’s constitution.

“Once again, despite concerns expressed by my party leaders concerning likely electoral malpractices and the intimidation of voters and observers, I trust that our election officials and security services will do their duty in accordance with their oath and obligations,” the PDP candidate said.

“So, please go out this Saturday to vote for your future and the future of our great nation.

Atiku thanked his party as well as former Head of State, General Abdulsalami Abubakar, and members of the National Peace Committee among other stakeholders for their effort towards ensuring the success of the elections.