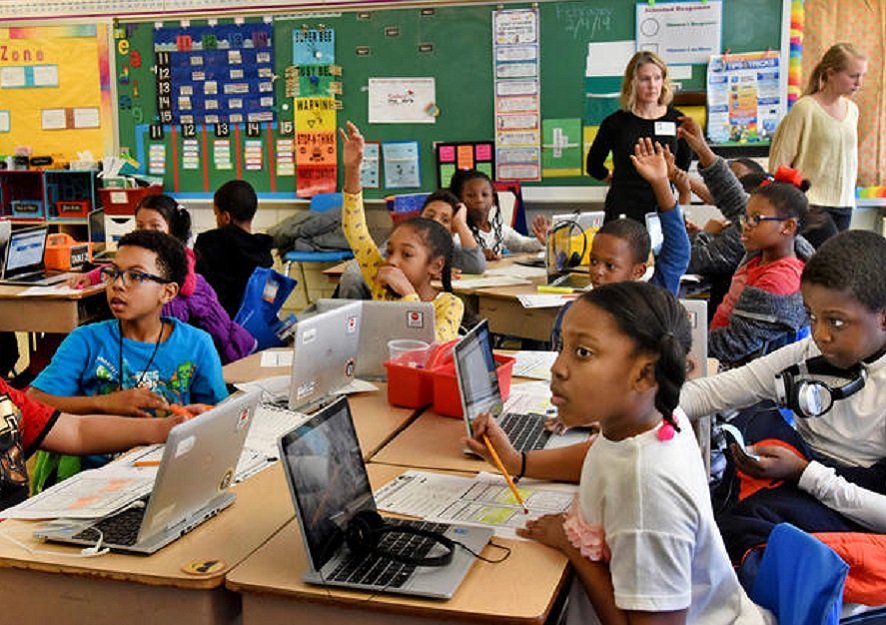 The city of Baltimore, U.S., has a record of helping immigrants, both documented and undocumented by creating a welcoming environment for them as compared to other cities.

Its school system has, therefore, seen an increase in enrollment over the past few years, and this is largely from immigrants. These immigrant students, according to school officials, are enriching their schools but there is a problem.

Aside from finding additional seats and logistics, most of these students are struggling to catch up with the written and spoken English since their native tongue is not English.

MORE ABOUT THIS
This former Nigerian slave became the first to translate the Bible into Yoruba and publish a Yoruba dictionary in 1843
How Afro-Brazilian slaves of Yoruba descent settled in Ghana following the 1835 Great Revolt in Bahia
The sacrificial princess of the 12th century Yoruba Kingdom most beloved by her people
The history of Ile-Ife, the ancient Yoruba kingdom with Africa’s most striking sculptures

According to a report by The Baltimore Sun, Baltimore County has, within five years, added more than 5,000 students to its fold. More than half of the students, that is, about 3,500, are recent immigrants or children whose families speak another language.

From 3.9 per cent of students that spoke English as a second language five years ago, the figure has increased to 6.7 per cent.

Nigerians are increasing in number in Baltimore because they already have a family in the area and are in the country legally under rules that allow for immigration for the purpose of reunifying families, said the report by The Baltimore Sun.

Statistics from the Migration Policy Institute state that nationally, the Nigerian population grew more than 50 per cent from 2010 to 2017. There are now about 12,000 Nigerians living in the Baltimore metropolitan area.

Many of them were doctors, engineers, and other professionals in Nigeria and have moved to Baltimore to regain their status.

Officials say that across the system, students in Baltimore come from 116 countries and speak 97 different languages. Apart from Nigeria, most of these foreign-based students are natives of El Salvador, Honduras, Guatemala, and Pakistan.

The increase in immigrant enrollment has compelled school officials to come up with new ways of teaching as immigrant students tend to grapple with the English language.

At Bedford Elementary, for example, teachers are adding pictures, graphs and charts to their lessons to facilitate learning for those whose native tongue is not English.

Teachers are also getting training from the school’s ESOL — English for Speakers of Other Languages – teacher. Under this programme, immigrant students receive extra help with English to make them academically proficient in the language as native speakers, the report noted.

School authorities further identify objects at the premises with vocabulary labels in three of the languages spoken there – English, French, and Spanish.

Once the students catch up, they even perform academically well than their American mates, said county officials.