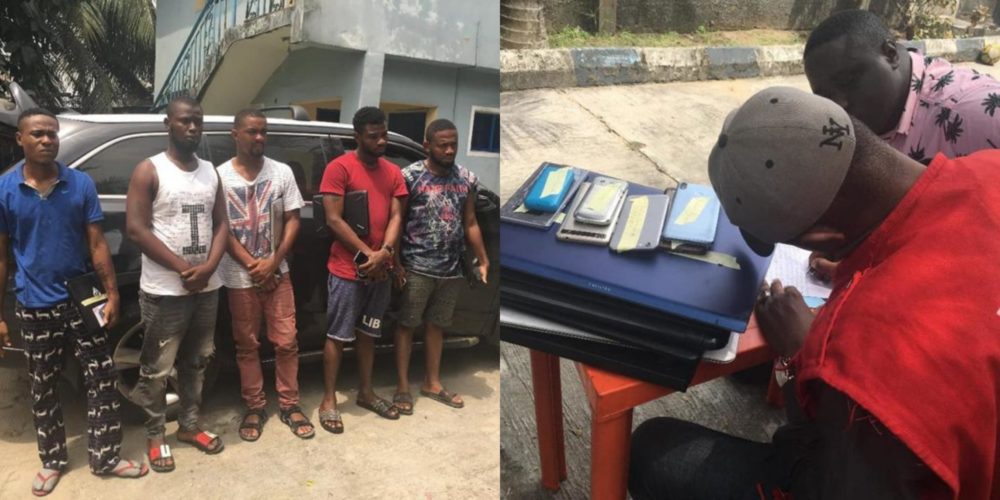 Their arrest was based on intelligence reports of their alleged suspicious activities.

They were all arrested at No.22 Alcon Estate, Liberty Street, Woji, Port Harcourt, Rivers State.

They will be charged to court soon.