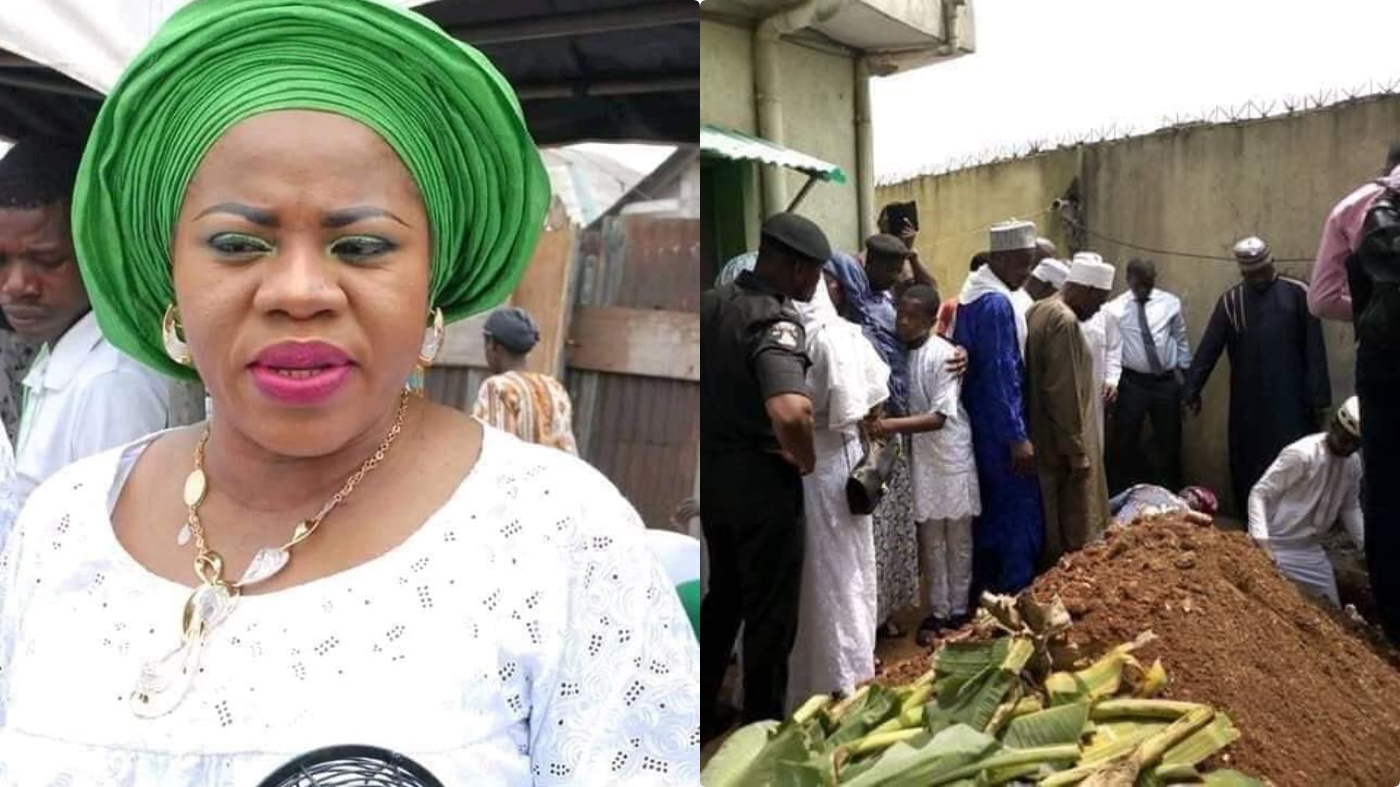 The Managing Director/ Chief Executive Officer of Etashol hotels and suites, Mrs. Olusola Olusoga, who was killed by her hotel workers, has been buried amid tears..

The deceased who returned from the United Kingdom last year, was murdered along with her business manager identified as Tunji Omikunle.

The lifeless bodies of Olusoga and Omikunle, were discovered in their separate rooms in the hotel located in Ojodu Berger area of Lagos, on January 25, 2019.

However, during investigation by detectives of the Homicide section of the State Criminal Intelligence and Investigations Department, SCIID, identities of the suspects were revealed through the Close Circuit Television, CCTV mounted in the hotel.

Two suspects who drugged their coworkers with with a sleep inducing stimulant called S. K – in order to rob and kill their 56-year-old boss (Mrs. Olusola), have been arrested. The two suspects are Ehizojie Vincent Jeffery and Okechi Light Ezi.

Other suspects at large are Henry Lolo and two contract staff identified as Dubai and Dangote.During interrogation, the police said the suspects revealed that the deceased were strangled to death.

According to him, “Ehizojie Vincent Jeffery, a principal suspect that was arrested in Port-Harcourt where he had gone to take refuge after the heinous act, said all the conspirators agreed that they had no future in the company because they believed the deceased was stingy.

“They agreed that she must be robbed of her hard earned local and foreign currency being a London returnee. In order to have a hitch-free operation, they agreed that Henry Lolo, currently at large, must prepare a fast food called ‘Indomie’, a delicacy loved by all staff members and laced it with a sleep inducing stimulant called S. K, to be served the rest of the staff who were not part of the conspiracy.

“Their plan worked as they successfully sent the rest to early sleep except the late manager who was already asleep before he could be served with the poisoned meal.

“However, their attempt to steal the key to the late CEO’s bedroom from the late manager’s pocket, proved abortive as he woke up in the process and began to struggle with them at the reception area; in the ensuing scuffle, the manager was strangled to death.

“After strangulating the hotel manager, late Tunji Omikunle, they searched his pockets but couldn’t find the keys, so they went upstairs to the late CEO’s room and forced it open.

“They met an obviously shocked woman in the room and bound her hand and leg. By the time they were through, the woman died. The gang stole her money, Jewelries and other personal effects but couldn’t take it out of the hotel for fear of being challenged by a Police team stationed close to the hotel.

“They abandoned the loot in the hotel which has been recovered as exhibit by Homicide detectives investigating the case. Investigation has established a prima facie case of conspiracy and murder against the suspects, Ehizojie Vincent Jeffery and others still at large for the murder of the deceased persons. The CCTV footage available to the Police clearly showed the role played by each of the participants in the crime.