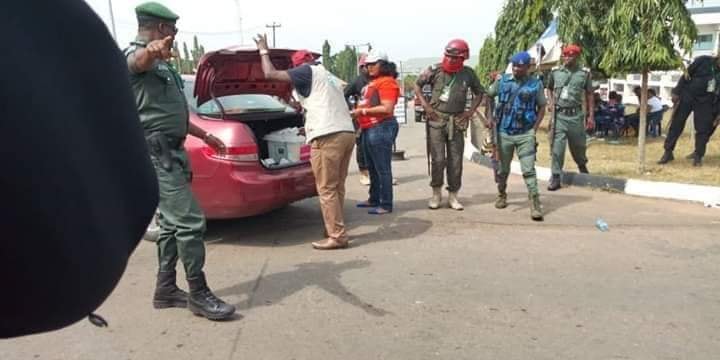 According to reports, a woman was caught with over five thousand Permanent Voters Card (PVCs) in Abia state ahead of the elections tomorrow.

According to TVC news, the woman was allegedly arrested after the items were found in the booth of her car at a checkpoint as can be seen in the pictures below.

The reason for her being in possession of the items – was not given.

Trucks loaded with non-sensitive electoral materials were stationed within the INEC premises ready to be moved to the various local government areas in the state.

INEC in Abia state said it has seamlessly relocated all collation centres in the state from the premises of local government area headquarters to neutral places in line with the commission’s policy.