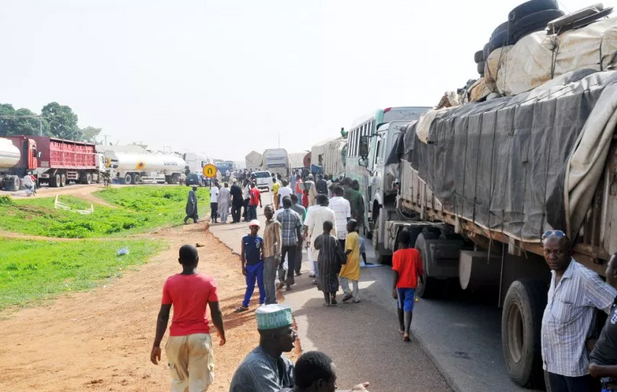 Kaduna residents are presently panicking over the gruesome murder of about 66 persons in the state.

At least 66 persons have been killed by unknown gunmen in Maro Gida and Iri communities in Kajuru local government areas of Kaduna state.

Among the victims were 22 children and 12 women, while four wounded persons were rescued alive by security agencies.

The latest attack is coming barely 24 hours to the Presidential and National Assembly election tomorrow.

The state Governor, Nasir El-Rufai, who Confirmed the incident disclosed that security agencies have been deployed to the area, while some people have been arrested in connection with the attacks.

Governor El-Rufai also appealed to residents of the affected communities against instigating attacks or reprisals.

“Government condemns the attacks and commiserates with the families of the victims. Security agencies have been deployed to the area and arrests have been made.

“The government urges community, traditional and religious leaders in the area to encourage residents to avoid any reprisal attacks and to leave the matter in the hands of the security and law enforcement agencies.

“The killings are being investigated and residents are assured that indicted persons will be prosecuted.

“Residents of Kaduna state are enjoined to uphold peace and harmony, shun violence and allow the elections to be held in an atmosphere of calm”.