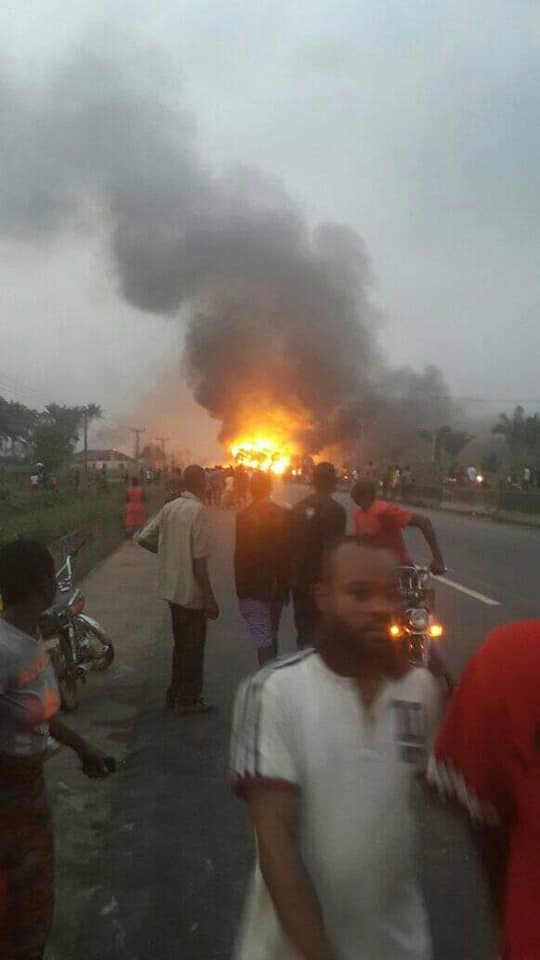 It was gathered that the inferno started as a result of a fallen gas tanker in front of an army checkpoint in between Abbot boys secondary school and Celestial church of God, in the area.

According to reports, the army checkpoint was burnt to ashes. Some lorries packed along the road and other properties – were also caught up in flames..

Eyewitnesses revealed that the fire occurred for hours as men of the state fire service were nowhere to be found. A pregnant woman is alleged to have died in the inferno.

It was also disclosed that the soldiers were around during the fire incident but later left. Residents were accusing them of being responsible for the outbreak due the sophistication of their barricades which ‘won’t allow tankers turn in peace’.

The fire incident is coming days after an explosion caused by spillage from a petrol-laden tanker at the Amawbia roundabout old Onitsha Expressway, Awka South area of Anambra State, resulted in multiple casualties and destruction of property worth millions of naira. Watch the video of the incident below.