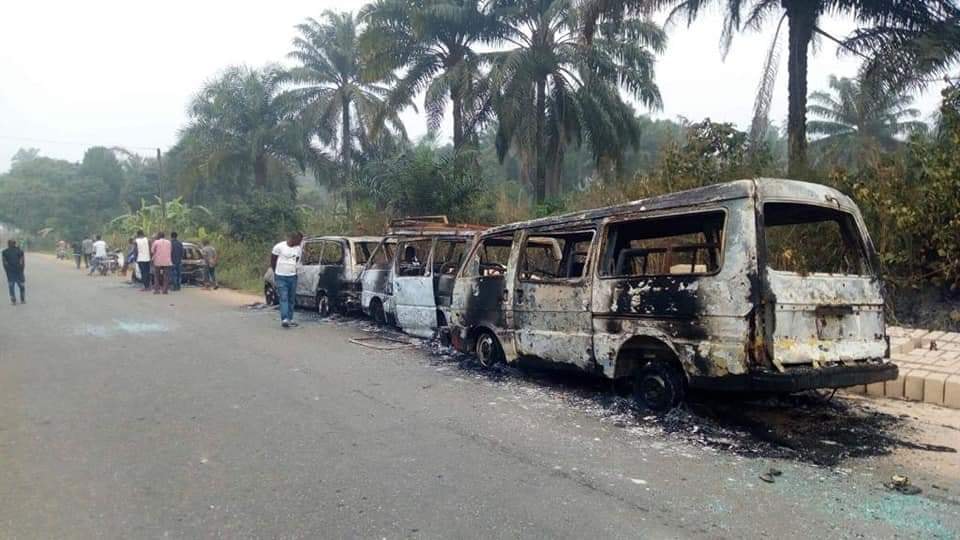 Two persons have been shot dead and about thirteen vehicles destroyed on Friday night after some hoodlums attacked office of the Independent National Electoral Commission, INEC, in Obot-Akara Local Government Council of Akwa Ibom State.

It was gathered that the victims died as a result of gun battle between the hoodlums and the security personnel on election duties at Nto Edino, the headquarters of Obot-Akara, during the distribution of sensitive materials for the postponed Presidential and National Assembly elections.

An eyewitness, who spoke to some journalists on condition of anonymity, said security has been beefed up in the area as fear and confusion had enveloped the community of Obot-Akara.

“As we speak, two persons have been killed and thirteen vehicles burnt down already in the Local Government headquarters. The crisis started between the security personnel and some thugs when INEC staff were distributing sensitive materials for the elections,” the source said.

However, the senatorial candidate of the Peoples Democratic Party, Dr Chris Ekpeyong, attributed the crisis to some All Progressives Congress stalwarts in the local government area who he alleged have been causing crisis in the local council for a long time now.

Ekpeyong, who hailed from Obot-Akara said he was in Uyo monitoring the distribution of the materials when news got to him that there was crisis going on in the local government and that two persons have been killed and buses destroyed already.

The PDP senatorial candidate who claimed he knew those who instigated the crisis said he had already made a formal complaint to the police authorities to pick them up in order to prevent future occurrence of the crisis.

According to him, “We know them and they are the same people who have been causing problem in the locality. I made a formal complaint to the police for those people to be picked up and investigated because last time the same people did the same thing when they were recruiting ad-hoc officers.

“They went ahead to beat up the electoral officer because they wanted to force him to accept their own list for the ad-hoc staff. The matter was reported to the police and nothing was done because they believed they have somebody who is behind them.

“This is the kind of government we have at the centre, they want to take over Akwa Ibom State by force but I have told my people not to take a reprisal attack.”