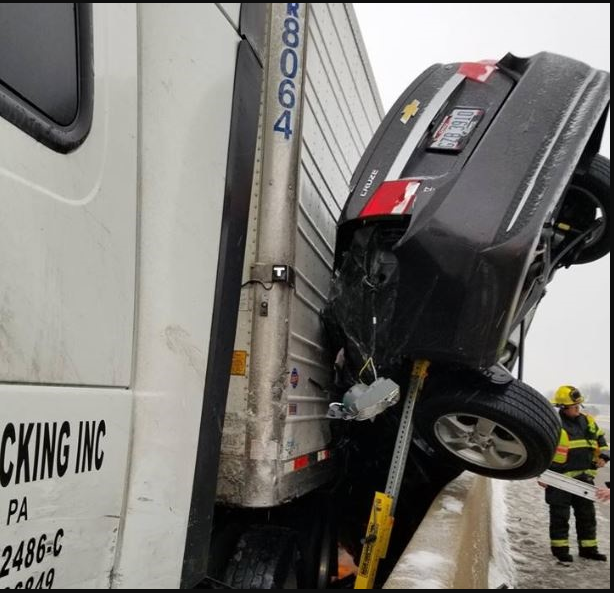 A driver involved in a crash with a truck had a miraculous escape after their car was almost completely crushed against a motorway’s central reservation on Sunday.

The fire department for Bethel Township in Ohio in the United States, shared images of the incident, which they described as a “significant entrapment”, after an accident in heavy snow on the I-70 highway.

Pictures show the rear of the car lofted high into the air while the roof, including the area where passengers and driver would be seated, was almost flattened between the truck and concrete wall.

“There were no serious injuries and weather did play a significant role in the crash,” the fire department reported in a later post.

Local media said the driver was taken to hospital but is expected to be OK.

Many on Facebook questioned how the motorist had made it out of the crash alive.