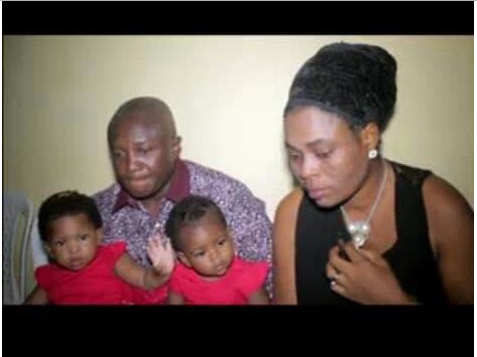 A housewife, one Mrs. Eucharia Anowai, is reportedly a sad woman as her once peaceful marriage appeared broken and her home has been thrown into confusion over false prophecies by her spiritual directors, Prophet Chinedu Nwaoha and his wife, Ndidiamaka of the Holy Ghost School Fellowship in Jakande Estate in Ejigbo, Lagos.

The church is located at Eckankar Street in Jakande Estate, Ejigbo, Lagos, where some of their members were said to be held captive with false prophecies and were not allowed to own property and children.

The embattled mother of four, apart from experiencing a broken marriage, was said to have as well lost her children owing to the prophecy by the pastor and his wife. She has been left in agony and pains with the matter being worsened with litigation at the High Court in Lagos.

According to Mrs. Anowai, she was introduced to the church by her friend for spiritual help and the church was said to have discovered that her husband, who is a business man, was well to do and they encouraged her to bring her husband, Pius, to join the church. But her husband refused and they started giving her prophecies which she believed only to realise later that they were all false.

She narrated that she was first told that her husband of over 24 years was an occult man and wanted to kill her and the children.

P.M.Express reports that she and her children abandoned her husband and started living inside the church. While there, she served the pastor and his wife including their children.

Another prophecy was given to her children that their mother wanted them dead and that they should avoid both her and their father. She said that happened at the time she became suspicious of the antics of the pastor and prophecies because she had lived peacefully with her husband before she became a member of the church.

Mrs. Anowai said that following the false prophecy against her, the children also abandoned both parents, moved closer to the pastor and started living with him. They were said to have also changed their surnames to the pastor’s own.

P.M.Express confirmed that the matter became worse following the recent development at the Lagos High Court by the children aided by the church. The four children were said to have filed fundamental rights violation suit against their parents, Pius and Eucharia Anowai, the Inspector- General of Police and eight others before a Federal High Court in Lagos for putting them under house arrest.

Chioma and her three siblings, apart from the sum of N200m in damages, are also seeking the order of the Court declaring that their arrest, detention, intimidation, torture, humiliation, harassment and forcible extraction of undertaking from them not to belong to the Holy Ghost School Fellowship located at 13, Eckankar Drive , Jakande Estate, Oke -Afa, Isolo, Lagos, by the police at the instance of their parents, was arbitrary, unlawful and contrary to sections 34, 35, 37, 38, 40 and 46 of the Constitution of the Federal Republic of Nigeria, 1999 (as amended ).

They are also seeking the order of the Court to declare that the seizure of their telephones since 2017 till date by ACP Bose Akinyemi and John Akogun was a violation of their rights as guaranteed by Section 37 of the constitution and a declaration that they are entitled to freedom of thought, conscience and religion, including freedom to change their religion or belief from Roman Catholicism to the Holy Ghost School Fellowship.

According to Chioma, the respondents in the suit have brought untold hardship on her and her siblings, as they are now living like destitutes, which has exposed them to the vagaries of life as their comfort has been distorted and they have become unemployable to the business environment .
Though the defendants have not filed any counter motion to the suit, the matter has been fixed for February 14, 2019, for hearing.