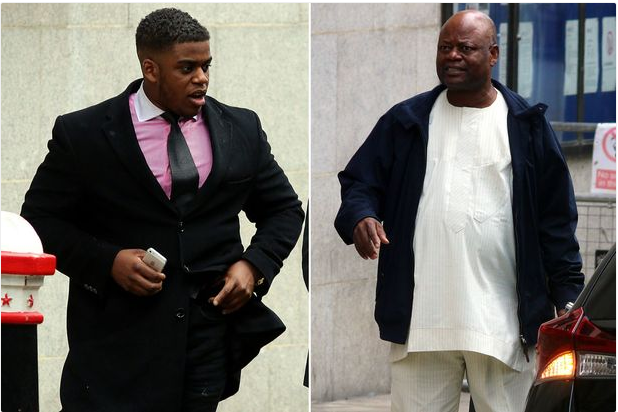 A son who was allegedly killed by his family during a botched exorcism had threatened to cut off his manhood, a court heard. Kennedy Ife, 26, suffered a cardiac arrest after his family allegedly tied him up with rope and handcuffs at their home in Barnet, north London.

The Old Bailey heard how as well as making the threat, he poured Ribena over the floor and said he would attack his mother.

The trial has been told how dad Kenneth, 64, mum Josephine, 56, and brothers Roy, 33, Harry, 32, Colin, 26, and 20-year old twins Daniel and Samuel allegedly tried to ‘cure’ Kennedy’s perceived illness through prayer and restraint.

Tom Little, QC, prosecuting, said rather than dialling 999 the family “decided that because he had become and remained unwell, he should be restrained with cable ties, rope and handcuffs.”

When Kennedy showed signs of illness, they believed he had become possessed and decided to restrain him, the Old Bailey has heard.

Tom Little QC, prosecuting, asked Kenneth Ife: “He poured Ribena all over the floor, threatened to cut off his manhood and to attack your wife.

Kenneth Ife replied: “I was aware that he had not slept enough until then. “I had never considered that he was mental.”

Mr Little asked him: “You put his behaviour down to a lack of sleep?

READ  Lady, Chinasa Ukaonu Sells Her Newborn Baby For N500k After Lying To Her Husband

Kenneth replied: “These were the things that were going through my mind.”

Kenneth, Josephine, Roy, Harry, Colin, Daniel and Samuel, all of Barnet, deny manslaughter, false imprisonment and causing or allowing the death of a vulnerable adult between 19 and 23 August 2016.