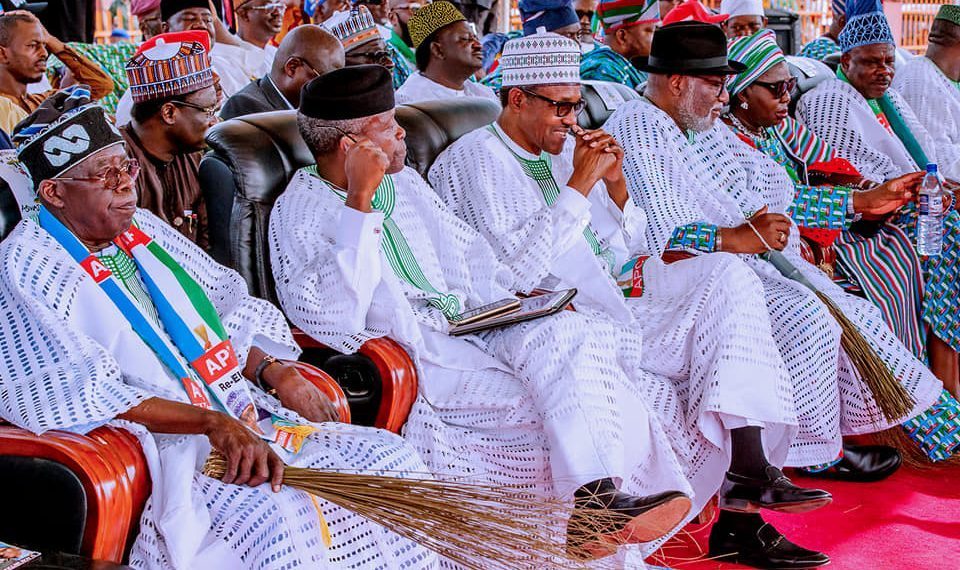 The Peoples Democratic Party (PDP) says the Buhari Presidency is releasing over N6 billion looted from federal funds to All Progressives Congress (APC) National Assembly candidates to execute the party’s rigging plans in the February 23 Presidential and National Assembly elections.

Information available to our party shows that each of the 109 APC senatorial candidates received N20 million, the 360 APC House of Representatives candidates are being given N10 million each, while various amounts are being disbursed by the Buhari Presidency to some other APC leaders for the rigging plot.

The looted fund are to be used by the APC to dress fake security agents, arm thugs and bribe compromised INEC officials and manipulate the elections in the various Senatorial and Federal constituencies across the country.

Intelligence at our disposal indicates that part of the money was sourced from alleged diversion of funds meant for the rehabilitation of Internally Displaced Persons (IDPs) in various states of the federation.

This is in addition to monies allegedly siphoned from some income generating agencies, including the National Health Insurance Scheme (NHIS) and the Niger Delta Development Commission (NDDC).

It is indeed a callous act of wickedness and impunity that the Buhari Presidency, in its claimed integrity, would descend to the lowest level of decadence by looting of funds meant for the development and wellbeing of Nigerians to finance their rigging plots.

At a time well-meaning leaders all over the world are exerting themselves in creating wealth for their people and developing their nations, the Buhari Presidency, which plunged the nation into a bitter economic recession, is still busy frittering our national resources to finance its vicious plots against the already impoverished citizens.

The Buhari Presidency and the APC have further exhibited that they are inherently corrupt, pervert and have no iota of interest in the wellbeing of Nigerians.

Such impunity and recklessness of the Buhari Presidency is directly responsible for the economic hardship, poverty and escalated bloodletting in our country in the almost four years of the Buhari administration.

The PDP therefore charges Nigerians to be alert and continue to rally behind the people’s candidate, Atiku Abubakar, in the all-important quest to rescue our dear nation from the clutches of the corrupt, dictatorial and incompetent Buhari administration, which now seeks to truncate our electoral process and derail our democracy.