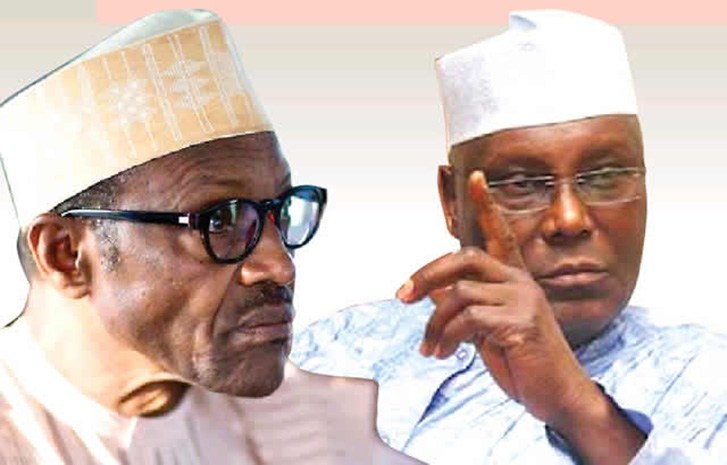 The presidential candidate of the Peoples Democratic Party, Atiku Abubakar, has filed a countersuit against a suit filed by the Buhari Campaign Organization accusing him of libel.

Atiku who attacked the competence of the suit, urged the court to grant an order mandating President Buhari to apologise to him for filing a frivolous suit against him.

He further asked for an order of court mandating that the total sum of N2bn as damages be sent to all the Internally Displaced Peoples camps across the country and for equipment of libraries and Information Technology for all state universities in Nigeria.

The former Vice President is also seeking an order of court “mandating President Buhari and his agents including security operatives and officers to abide by the rule of law and the principle of separation of powers entrenched in the Constitution and should not intervene in the forthcoming elections”.

In a 56-paragraph witness statement on oath deposed by one Abraham Udoh, the PDP presidential candidate told the court that President Buhari has failed Nigerians by his inability as a president to stop the ruthless and wanton killings that has rendered citizens, farmers, women and children homeless without food or basic amenities of life and led to the emergence of various IDP camps across several states in the country.

He adds, “That under the present administration, there are over 108,000 Internally Displaced Persons grappling with a litany of infections and hunger.

The defendants/counter claimant stated, among others, “That the current division in Nigeria was ignited by that infamous 5% versus 97% speech that President Buhari gave in Washington on June 23, 2015. No father should ever tell some of his kids in the presence of the rest of his kids that he loves them more than the others. When this happens, the discontent that it will cause may lead to the breakup of that home.

The case will come up for hearing on March 7, in Court 34, Apo Division of the FCT High Court.

President Buhari and the Buhari Campaign Organization had dragged the PDP Presidential flag bearer and his personal assistant, Phrank Shaibu, before the court over alleged defamation.

They accused Atiku and his aide, of making several defamatory statements in some national newspapers to the effect that he (Buhari) used his position as the President of the Federal Republic of Nigeria and head of the government to fraudulently acquire two private companies and demanded an apology in two national dailies.