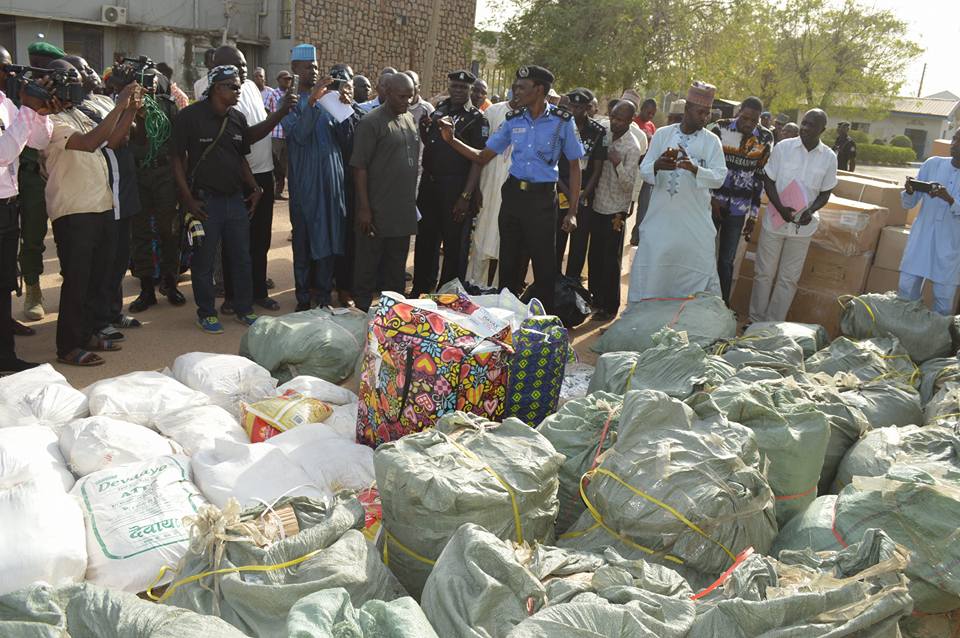 The Kano State Police Command has carried out series of raids at black spots and criminal hideouts and arrested several suspected armed robbers, thugs, dealers of hard drugs (Kwaya) and recovered large quantity of intoxicants, a pistol and other dangerous locally made weapons. Below is the breakdown of the achievements:-

An Iveco truck with registration No. FGE 522 XA fully loaded with counterfeit substandard and hard drugs was intercepted along Murtala Mohd way Kano.

A suspect, Ibrahim Datti, 45 of Rimaye Village, Ungogo LGA was arrested with 6 drums of Methylene Choloride (suck and die) valued at N558,000 while en-route to distribution point. Investigation is in progress to arrest all his accomplices.

A syndicate of suspected armed robbers that are constantly striking and dispossessing residents of Sheka, Zoo Road, Tudun Maliki, Tukuntawa and Maidile Quarters Kano was busted. Suspects arrested are (1) Auwalu Adamu, (2) Mohammed Suleman and (3) Abdullahi Iliyasu all of Sheka Quarters were arrested where an English made Pistol recovered from them.

Investigation is in progress.

Another suspect, Abubakar Ahmed of Mile 9 Kano who conspired with others now at large, specialized in snatching exotic motor vehicles on the highway, drove to a hideout located in the above address where they disassemble and sell as spare parts to unsuspecting members of the public. Motor vehicles recovered are 1 Toyota Hiece Commuter bus, 1 Golf wagon and a Hummer motor vehicle. Investigation has commenced.

A syndicate of suspected car thieves that snatched a Toyota Hilux motor vehicle was busted. The suspects, Ibrahim Bashir and Yahuza Bilyaminu all of Ladanai Quarters Kano were arrested with the said vehicle. Investigation is in progress.

On 20th February, 2019 one Mohd Sani of Mubi LGA Adamawa State was intercepted at Kwanar Dumawa villege, Danbatta LGA ferrying 6750 units of locally made knives concealed inside bags. He is on transit to Katsina State with the exhibit for an unspecified mission. Investigation is in progress.

In continuation of the raid at various criminal hideouts and black spots in the State, a total of 653 suspects were arrested within the week with various weapons, and intoxicating substances (Kwaya). 616 suspects were already charged to court for prosecution while 37 drugs (Kwaya) dealers are under investigation.