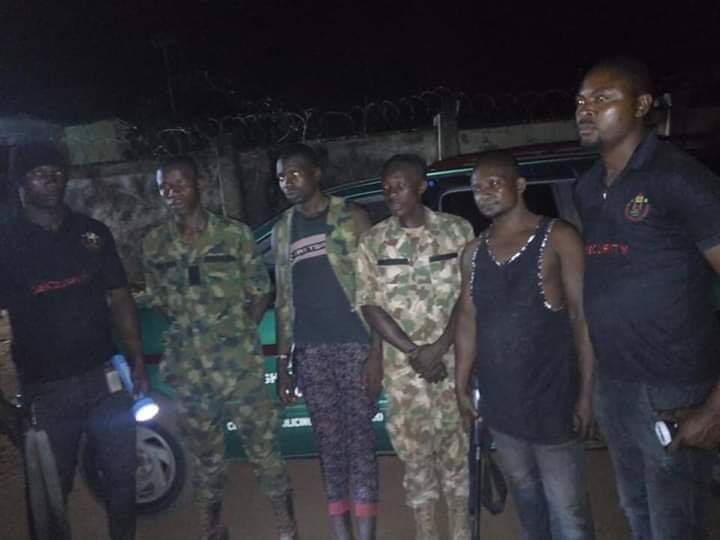 Three fake soldiers have been apprehended in Enugu state ahead of the rescheduled general elections.

According to reports, the fake military men alleged to be working for a political party, were nabbed by vigilante members on Thursday night in Iheaka town, Nsukka area of the state.

The suspects have since been handed over to the police for further investigation.