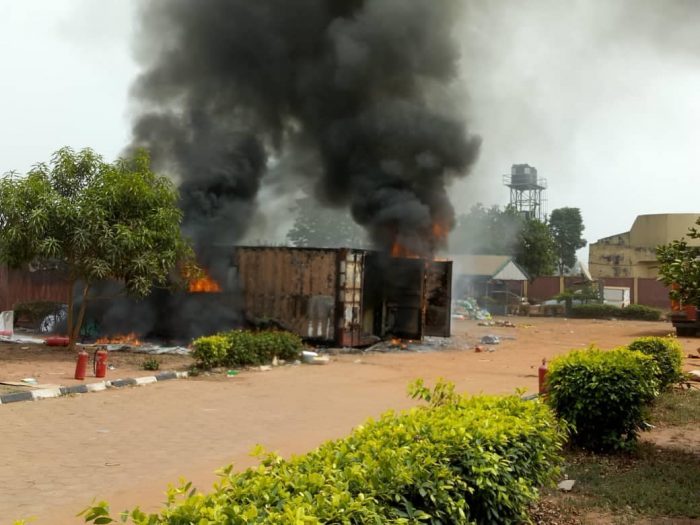 A section of the Independent National Electoral Commission (INEC) Office in Ijebu-Ijesha Oriade Local Government, in Osun has been gutted by fire.

The incident occurred around 3 a.m. on Sunday.

According to News Agency of Nigeria (NAN), some hoodlums suspected to be political thugs allegedly set a section of the building ablaze along with some election materials.

An electric generator owned by the commission was also burnt some of the staff at the building, however, fled the scene.

Confirming the incident to NAN, Mr Olusegun Agbaje, the Osun Resident Electoral Commissioner, said it was a minor incident.

Agbaje said the fire did not affect Saturday’s election results.

“What happened was purely criminal and does not have any political undertone, some of our staff heading to the office met some yahoo-yahoo boys on their way, on getting to our office, they discovered that the hoodlums were after them.

“But I can authoritatively confirm to you that the election results were not affected and the building was not razed,’’ Agbaje said.

The REC added that the collation officer for the Local Government was already at the INEC State Headquarters collation centre in Osogbo with the election results.

Agabaje also said that no lives were lost.