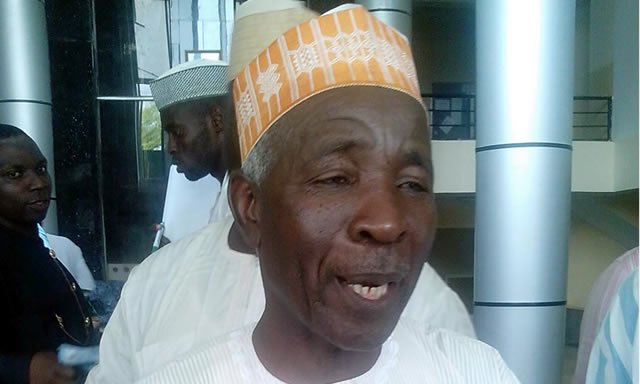 The immediate arrest of Buba Galadima, chieftain of the Peoples Democratic Party (PDP) has been called for over alleged plots by him to Atiku Abubakar, PDP presidential candidate, as the winner of the presidential election.

The call was made by the All Progressives Congress (APC) Presidential Campaign Council, after claiming that Galadima had recorded a short video to this effect while acting on behalf of the PDP as its campaign spokesman.

Recall NaijaNes had reported that the Independent National Electoral Commission (INEC) has been urged to “immediately” announce results of the presidential election “and declare Atiku Abubakar, the winner”.

It also claimed the opposition party is plotting to mobilise “hoodlums” for nationwide protests.

“In preparation for this reckless move, some PDP social media agents are already flying some kites on-line as to the number of States allegedly ‘won’ by PDP,” read a statement issued by Festus Keyamo, spokesman of the campaign.

“In fact, Alhaji Buba Galadima, an official spokesperson for Alhaji Atiku Abubakar has made a short video announcing PDP as the ‘winner’ of the Presidential Election.