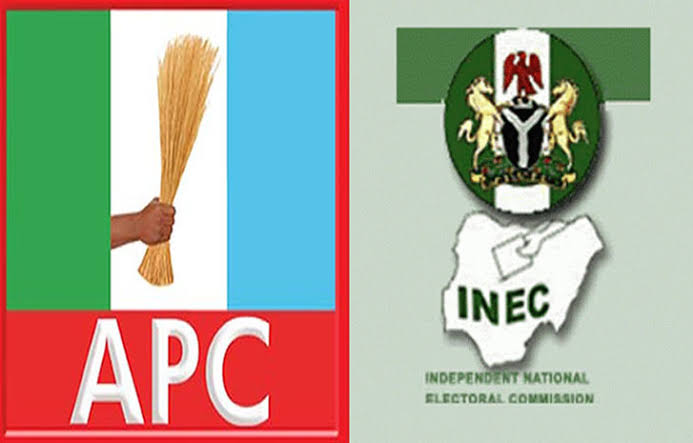 The Ebonyi State chapter of the All Progressives Congress, APC, has rejected the results of the Saturday’s presidential and parliamentary elections in the state.

News Agency of Nigeria, NAN, reports that the state chairman of the party, Chief Eze Nwachukwu, also called on the Independent National Electoral Commission (INEC) to cancel the results.

Speaking during a press conference at the party’s secretariat on Tuesday in Abakaliki, the state capital, Nwachukwu alleged that widespread irregularities including under-aged voting, multiple thumb printing of ballot papers, intimidation, harassment, arrest of APC polling units agents as well as orchestrated violence against party members and supporters.

Nwachukwu alleged that Smart Card Reader (SCR) was not used for accreditation and voting in line with the election guidelines in most polling centres.

“Our position is that the election of Saturday, Feb. 23 is a rape on our democracy. Ebonyians witnessed what have never been seen in any election before now.

“Security operatives who were sent to provide election security in the state, on arrival took sides by allowing themselves to be accommodated in a private hotel.

“All the police personnel with the exception of the Adamawa commissioner of Police were lodged in this hotel and this was were the compromise started.

“We had informed the police, INEC and Civil Society groups prior to the elections through our petitions of plots by some persons to buy votes and to create violence in parts of the state and this played out in the election.

“There is no local government area in Ebonyi that the election was not marred by violence; and the violence was in degrees including ballot boxes snatching, burning of buildings, election materials and killings among others.

“The card reader was not used for the election in several polling units and we are calling for audit of the elections in addition to our call for the outright cancellation of the entire exercise.

“Let the card readers be made available and let the result sheets be marched polling unit by polling unit, it is a very simple exercise that can be achieved in a day,” Nwachukwu said.

He alleged that the senatorial and house of representatives elections results for Ebonyi Central and Ezza South and Ikwo Federal constituency collation were moved to INEC state headquarters against provision of the electoral law.

“We reject the results of the entire elections due to non-substantial compliance with the INEC guideline and electorate law and vote buying, intimidation of party agents and widespread violence.

“We also call on all our supporters to remain calm and law-abiding.”