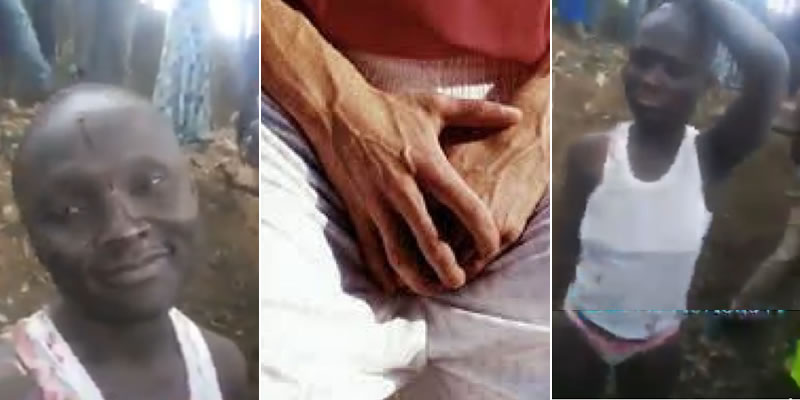 A woman was attacked by an angry crowd following shocking allegation of manhood theft in Osun state.

The woman was accused of stealing men’s manhood and was caught by a mob near Wema bank at roundabout in Ilesa area.

In an incident which was filmed and posted online, the lady who appears to be mentally unstable – can be seen being interrogated by the crowd after she was seriously beaten and stripped off her clothes.

When asked how many manhood she has stolen, she said 60 and smiled, a gesture which earned her more beating.

Internet users have reacted to the video – with many claiming the woman is mentally unbalanced and might have confessed out of duress.