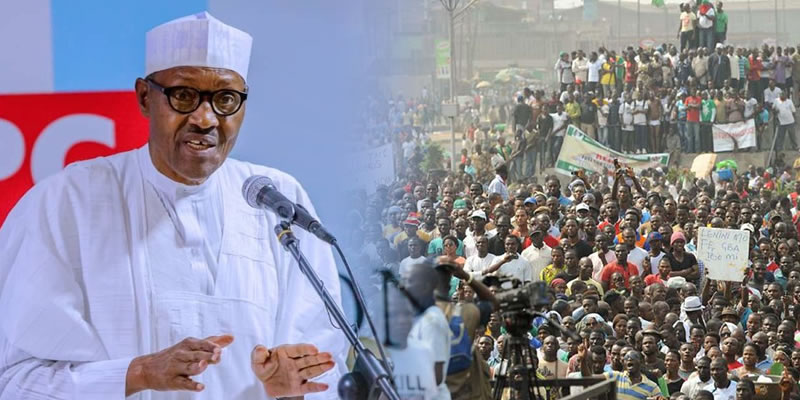 President Muhammadu Buhari has commended Nigerians for keeping faith with his government and giving him another four-year mandate, assuring that he will continue to serve the nation diligently.

The President who spoke at the headquarters of the APC Presidential Campaign Council in the Central Area of Abuja shortly after he was declared winner of the Presidential election also commended the International community for their interest in Nigeria and their contribution to the success of the election.

He regretted that even though the residential and National Assembly election was largely peaceful, some political thugs tried to undermine the process, leading to some casualties in some parts of the country.

while also commending the security agents for keeping the country safe during the elections, he charged them to redouble their efforts and ensure a peaceful governorship and state assembly election on the 9th of March.

President Buhari was also full of appreciation to the members of the Presidential Campaign Council as well as all those who contributed in one way or the other to the success of the election.

Those who were at the campaign headquarters include Vice President Yemi Osinbajo, National Chairman, Comrade Adams Oshiomhole, National Leader, Asiwaju Bola Ahmed Tinubu, Secretary to the Government of the Federation, Boss Mustapha, members of the National Working Committee and member of the Presidential Campaign Council.

The President is expected to receive his certificate of return at about 2.00pm on Wednesday.