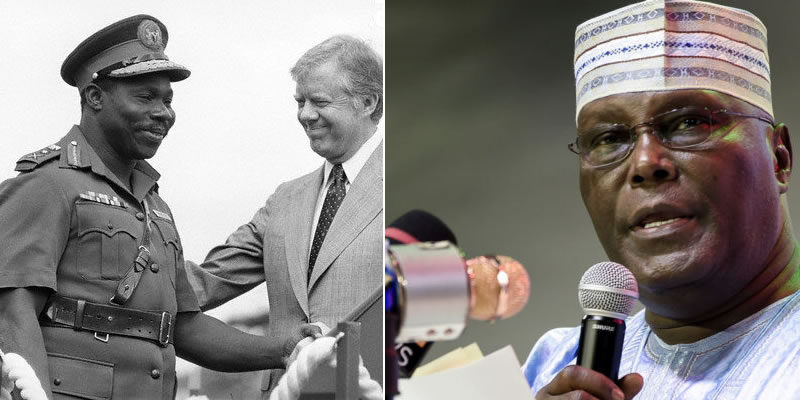 Atiku Abubakar, the candidate of the Peoples Democratic Party (PDP), has described the just-concluded presidential election as the worst held in the nation in the last 30 years.

Atiku condemned the election while addressing party supporters and journalists on Wednesday in Abuja, the nation’s capital.

Atiku, who rejected the outcome of the poll, said even the military government conducted a better election than the one conducted by the Independent National Electoral Commission (INEC) on February 23rd.

“As I have always said, this year is my three decades in Nigeria’s struggle for democracy; but this is the worst election in those 30 years.

And I told that to General Abdulsalami (Abubakar) two nights ago, when he called me. I said not even the military has conducted such a worst election” he said.

The PDP candidate alleged that there were a lot of irregularities in the election which saw President Muhammadu Buhari extend his stay in the Aso Villa by another four years. Despite his loss in the election, Atiku insisted that he was confident of victory and vowed to challenge the President’s victory.

He also told his supporters not to lose hope and asked foreign investors to be patient with the nation, saying he was on the quest of reclaiming his mandate.

The PDP candidate said, “Let me start by thanking you all for choosing democracy as a certain system of government for our great nation.

As you all know, democracy is a government of the people by the people only when the people’s choice prevail.

This is a long journey, but I am confident of victory. All hope is not lost; stay strong, by the grace of God we shall triumph,” he stated.