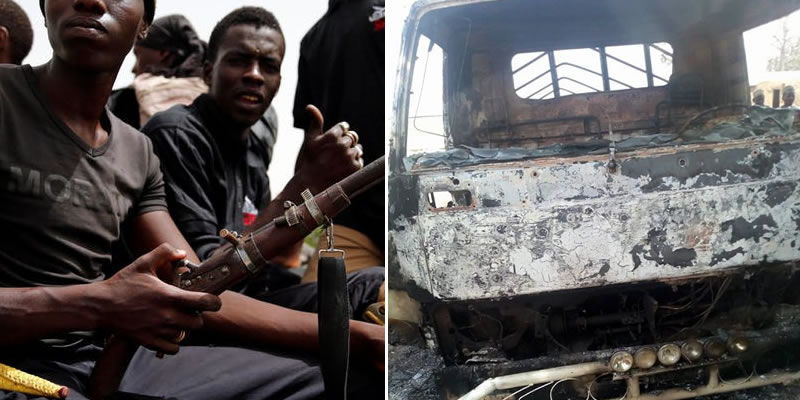 No fewer than 16 persons were killed and 40 abducted as bandits invaded Kawaye in Bagega village of Anka local government in Zamfara state at about 5pm on Tuesday.

According to THE NATION, several cars, houses and shops were burnt to ashes and an unspecified number of animals and foodstuffs carted away.

Abiade who also confirmed that it was a reprisal attack disclosed that the military attached to operation sharar daji were immediately deployed to the area and succeeded in killing five of the bandits, stressed that they are investigating and compiling the damage.

He however disclosed that the army will interact with journalists on Thursday by 2pm.