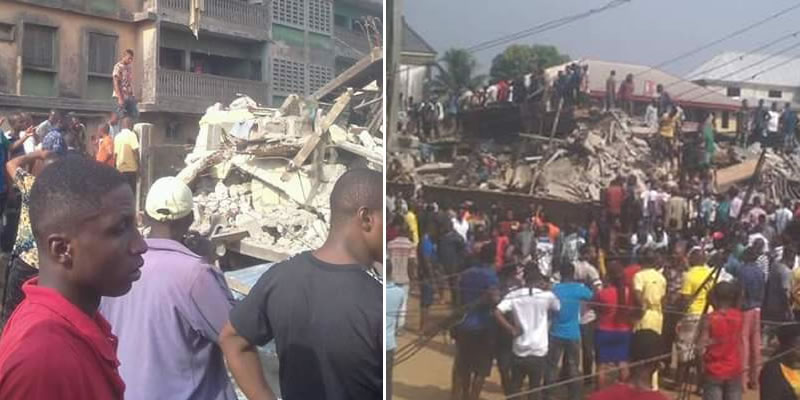 One person died when a three- storey building collapsed at Old Express off Sameck junction by Faulks road in Aba, Abia State on Wednesday.

The incident followed the collapse of another uncompleted three-storey building at Park road by East after a torrential rain that wrecked havocs in Aba and Umuahia, the state capital.

While the incident at park road was attributed to use of inferior materials by the contractor, it was gathered the building at Old Express collapsed into the ground as a result of persistent waterlog that weakened its foundation.

Efforts were still ongoing at the time of filing the report to rescue one of the trapped tenants in the rubble.

The trapped resident was said to have called his relatives to inform them he was under the collapsed structure at Old Express.

Some of the workers at Park road at the time of the incident were said to have sustained minor injuries but have been taken to hospitals where they were receiving medical attention.