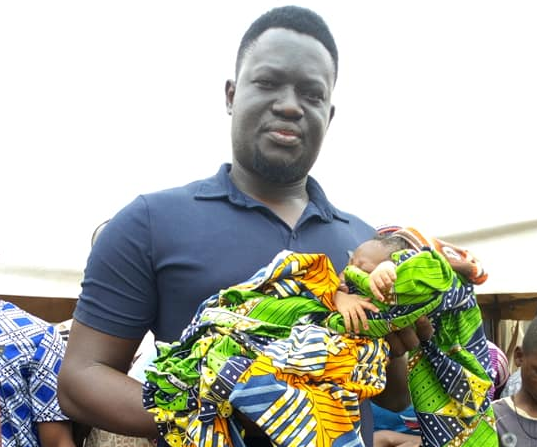 A baby was rescued after suspected Fulani herdsmen who attacked Agatu Local Government Area of Benue State recently, killed the mother and dropped her on her lifeless (mother’s) body.

According to reports, the child’s father who survived the gruesome attack attack is still in the hospital – recovering from injuries sustained.

It was gathered that the wife of the Benue state Governor Samuel Ortom, was the first person to reach out in a bid to help the nine days old child whom has been labelled a ‘miracle baby’.

The unprovoked attack on Agatu people started at around 1am when people were asleep.

It was said among the 16 persons that were killed by the herdsmen, three were Jukum hunters, while another two of the hunters who sustained bullet wounds were rushed to the nearby hospital.