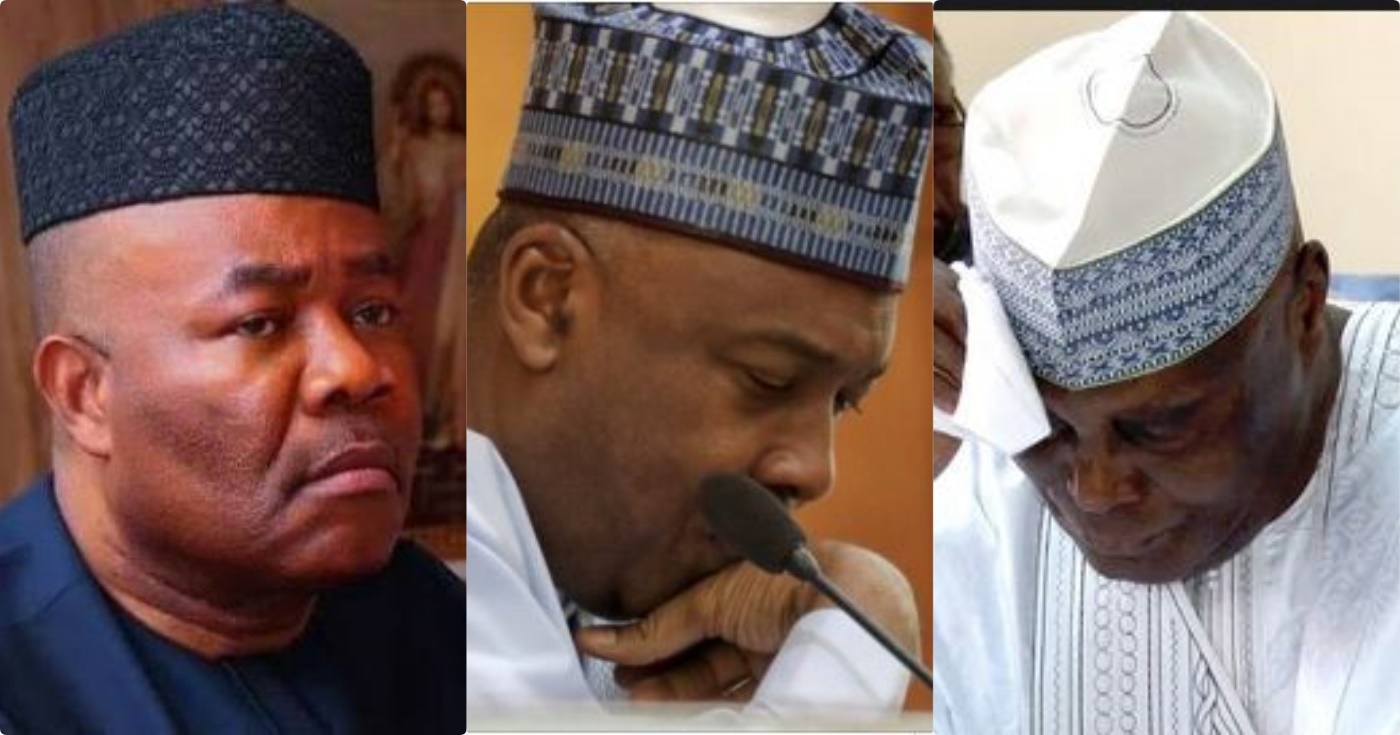 Ima Niboro, the Director-General of the All Progressive Congress (APC) Door-to-Door Campaign in Delta, has reacted to the defeat of Atiku Abubakar of the Peoples Democratic Party (PDP), Senate President Bukola Saraki and former Senate minority leader Godswill Akpabio in the recently conducted elections.

While speaking with newsmen yesterday in his residence in Warri, Niboro said that it was “statistically impossible” for Atiku to defeat President Muhammadu Buhari and advised Atiku to emulate former President Jonathan and congratulate President Buhari.

He also urged the PDP to reorganize the party, win over more Governors and challenge the APC for the presidency in 2023.

“As at the day of the elections, APC was in control of 22 states, while the PDP controlled 13 states and All Progressive Grand Alliance (APGA) controls one state.

“No governor will surrender his state to the opposition; the template of the presidential elections will be the same with the coming gubernatorial elections.

“The votes in the presidential elections were consistent with the structural realities of Nigeria’s party politics.

“The Sokoto and Gombe went inevitably to the APC because the structures that placed those PDP governors were actually and presently APC both in content and character,” he said.

Niboro attributed the failure of Bukola Saraki of the PDP in Kwara to “a protest movement marshaled by his blood sister, Gbemi, in alliance with Alhaji Lai Mohammed and the wealthy and politically savvy Abdulrasaq family.

“The same thing happened in the South-South, even though in reverse order.

“Godswill Akpabio of Akwa Ibom and Emmanuel Uduaghan of Delta, both former two-term governors and APC members lost to the PDP.

“They lost simply because the structures that under guard the politics of Akwa Ibom and Delta are still powerfully PDP, even though the APC is making greater inroads every day.

“As far as I know, the only states that went out of character are Ondo and Oyo.

“But I am certain you will find, upon greater interrogation that those protest votes were not against Buhari but against the internal power structures of both states.”