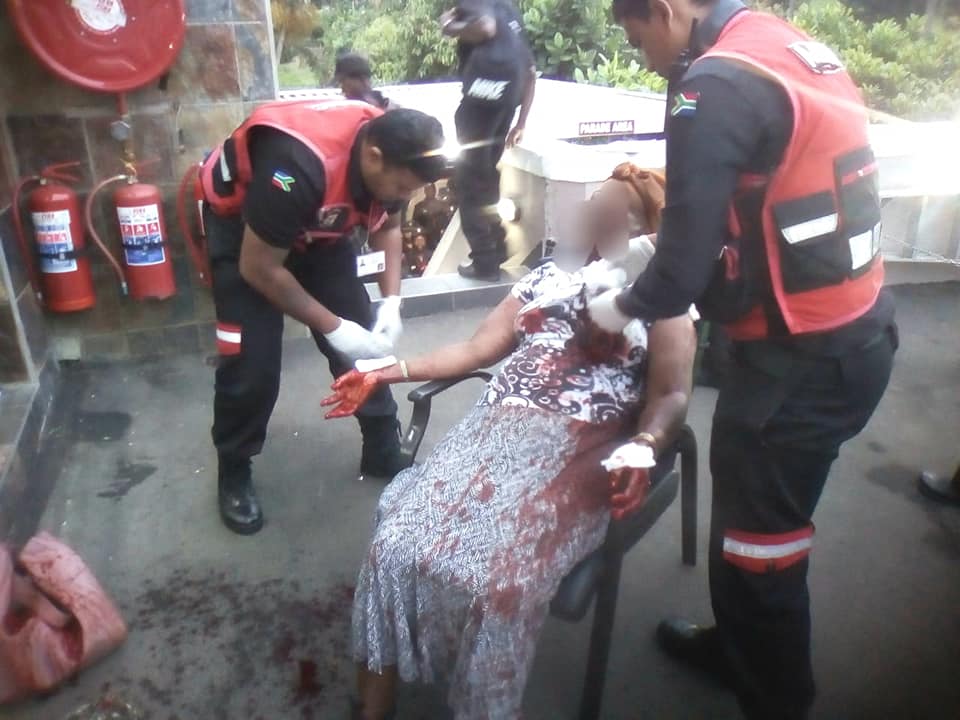 A 68 year old woman was seriously injured after she was repeatedly stabbed by a lone suspect during a robbery incident early this morning in Verulam – KZN, South Africa.

This morning, the victim arrived at the RUSA Verulam Operations Centre bleeding excessively from multiple stab wounds. The victim explained that she is a domestic worker and was on her way to work when she was accosted by a lone suspect who robbed her of an undisclosed amount of cash.

During the robbery the suspect stabbed her at least 7 times with a broken bottle before he fled the scene on foot. The elderly woman ran to Reaction Unit South Africa for assistance.

She was treated for her injuries by Medics before being transported to hospital in a serious but stable condition.

Reaction Officers conducted an extensive search for the suspect however he still remains at large.