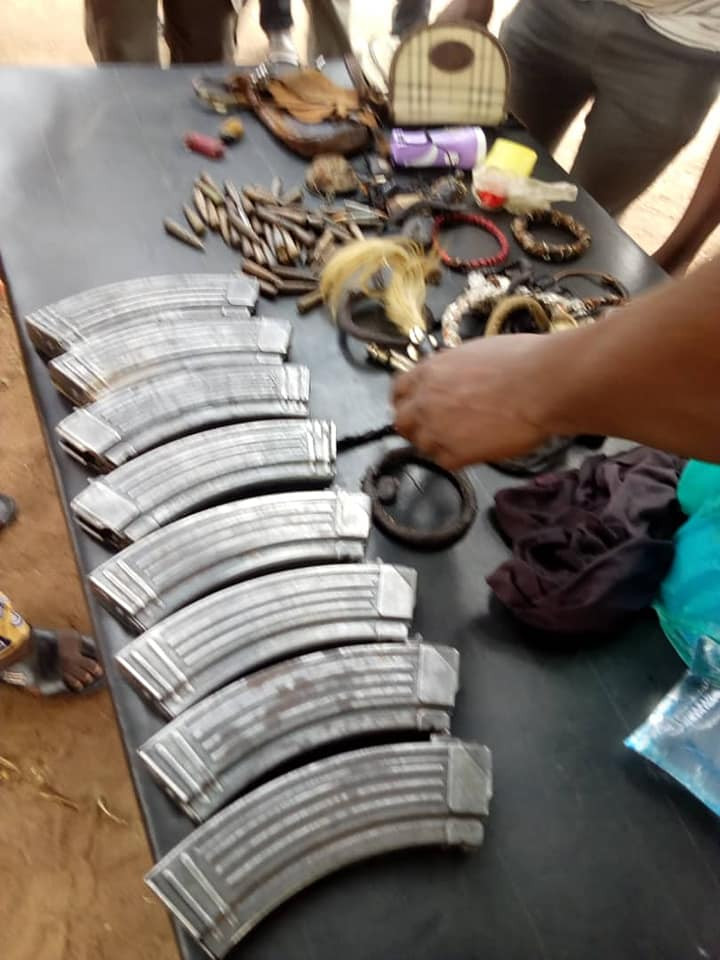 Some dangerous kidnappers have been nabbed with charms and some ammunition by the police in Benue state.

The men of the Benue state police command have recovered various kinds of armmunition and charms from a syndicate of kidnappers at Kastina-Ala Local Government Area of the state yesterday Friday March 1st.

A statement from the command’s spokesperson, DSP Catherine Anene, said a routine police patrol acting on information, ambushed the criminals and had an exchange with the kidnappers along Takum road.

See more of the items recovered from the kidnappers below: