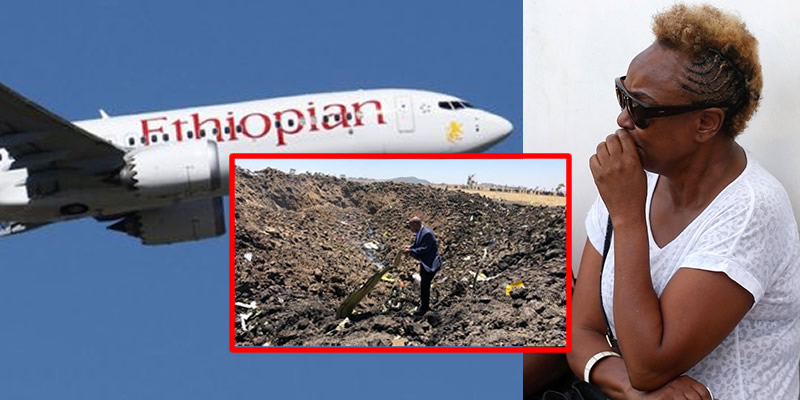 All 157 people on board an Ethiopian Airlines Boeing 737 that crashed en route from Addis Ababa to Nairobi have been confirmed dead.

Ethiopia’s state broadcaster, EBC, confirmed the death of 157 after a plane crash in an update Sunday morning. The 149 passengers and eight crew were of 33 nationalities.

“We hereby confirm that our scheduled flight ET 302 from Addis Ababa to Nairobi was involved in an accident today,” the airline said in a statement on Sunday.

“It is believed that there were 149 passengers and eight crew on board the flight but we are currently confirming the details of the passenger manifest for the flight,” it added.

Speaking on the accident the, Ethiopian Airlines Group CEO, Tewolde Gebremariam, who was at the scene of the crash expressed deep regrets, that there were no survivors.

He expresses his profound sympathy and condolences to the families and loved ones of passengers and crew who lost their lives in this tragic accident.

Ethiopian Airlines shared this image and said it showed CEO Tewolde Gebremariam at the crash site
The Boeing 737-800MAX is the same type of plane as the Indonesian Lion Air jet that crashed last October, 13 minutes after takeoff from Jakarta, killing all 189 people on board.

The last major accident involving an Ethiopian Airlines passenger plane was a Boeing 737-800 that exploded after taking off from Lebanon in 2010, killing 83 passengers and seven crew.