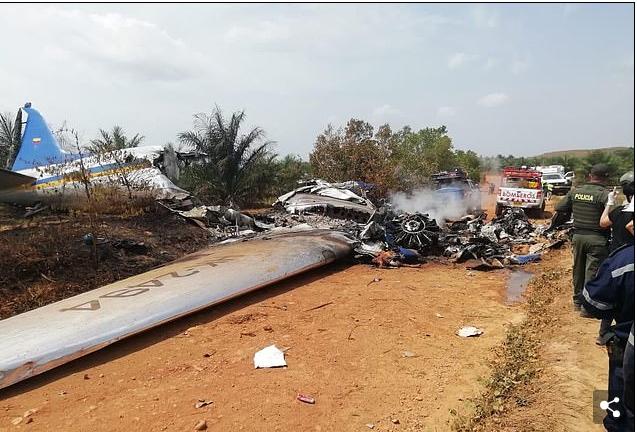 A plane has crashed in Colombia killing all 14 people on board including a mayor and her family.

Doris Villegas, the mayor of the municipality of Taraira, and her husband and daughter, as well as the owner of the aircraft, pilot Jaime Carrillo, co-pilot Jaime Herrera and aviation technician Alex Moreno have been identified among the victims.

The pilot made a distress call then lost contact before crashing in Meta.

Authorities have suggested an engine failure could have caused the crash.

The plane, a Douglas DC-3, is an American-made twin-engine propeller plane first built in the 1930s.

The distress call was made at 10.40am local time and authorities are yet to officially confirm the number of dead.

The plane, owned by Laser airlines, was en route from the southern city of San Jose del Guaviare to the city of Villavicencio.

It crashed about midway through its flight in San Carlos de Guaroa municipality in the plains province of Meta.