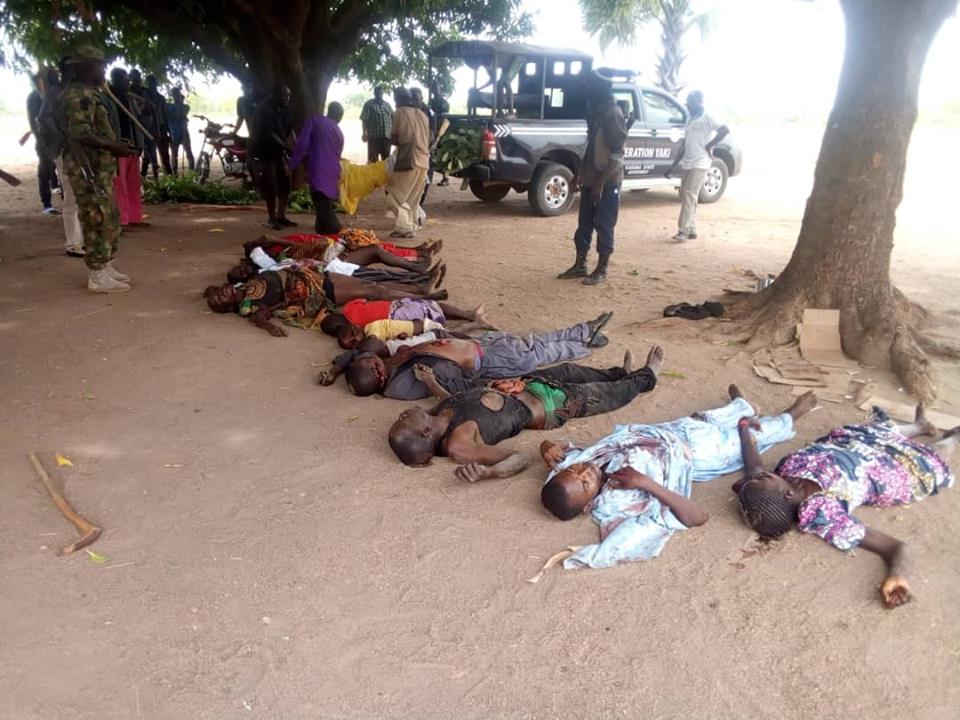 Several houses were also said to have been burnt in the attack.

It was gathered that the attack happened after the killing of a man identified as Danbuzu Nemi who was reportedly murdered on Saturday as he went to his farm after voting on Saturday.

When some members of the community noticed his absence, they decided to send a team of five persons to go and search for him.

On their way, the team reportedly met some armed men who asked them to go back, leading to an exchange between the two groups.

This is the second time the community is coming under attack in less than one month.

The incident came weeks after at least 50 people were killed and homes burnt in the village in what appeared to be a reprisal attack following earlier incidents in the area.