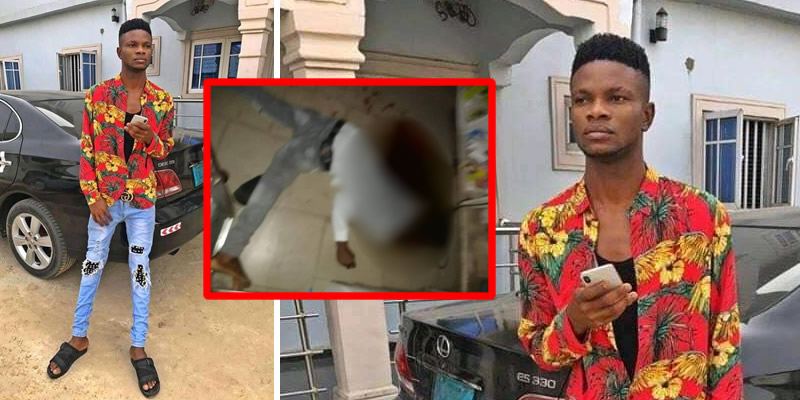 A young man has been brutally killed by gunmen in Sapele area of Delta state. It was gathered that the deceased was shot dead by suspected cultists in his apartment following some problems between rival groups in the area.

It was gathered that the deceased named Voltage Kingin Agbagu (ALIKI), alleged to be a member of Eiye confraternity, was yesterday attacked and shot dead members of Aiye confraternity (Black Axe) around Oriaki road in Sapele.

According to reports, both cult groups have been at war in the past few weeks.

He was shot and left to die in the pool of his blood by the gunmen.

The corpse of the young man has been deposited in a morgue.

The residents of Sapele are calling on the state government and security agencies to look into the matter to prevent further killings which has thrown the area into panic.