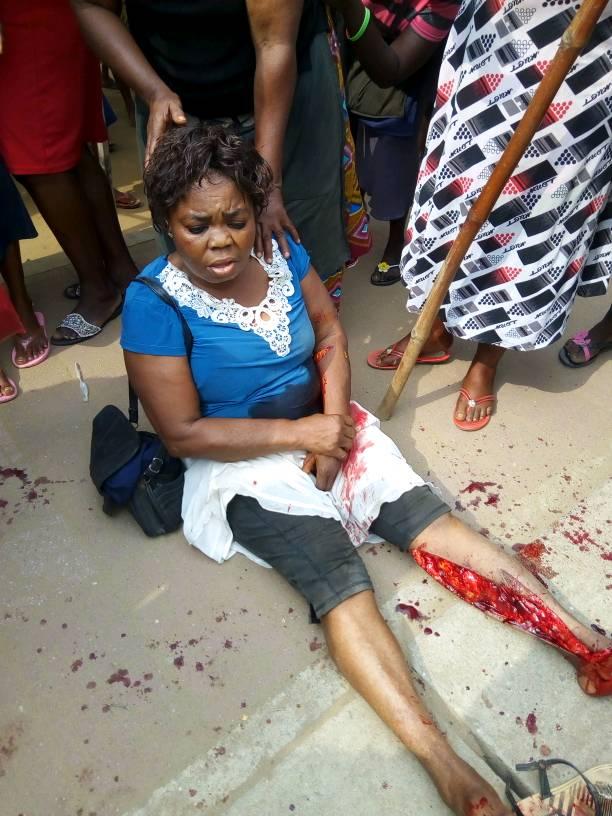 A young boy was crushed to death after being involved in a fatal accident in Uyo, Akwa Ibom state capital.

It was gathered that the boy who was on a motorcycle – was crushed to death and his brain splattered on the ground after the crash which happened on Wednesday, March 20th.

A woman was also badly injured on her leg in the fatal accident. She was rushed to the hospital by sympathizers and passersby.

The corpse of the boy was also evacuated.