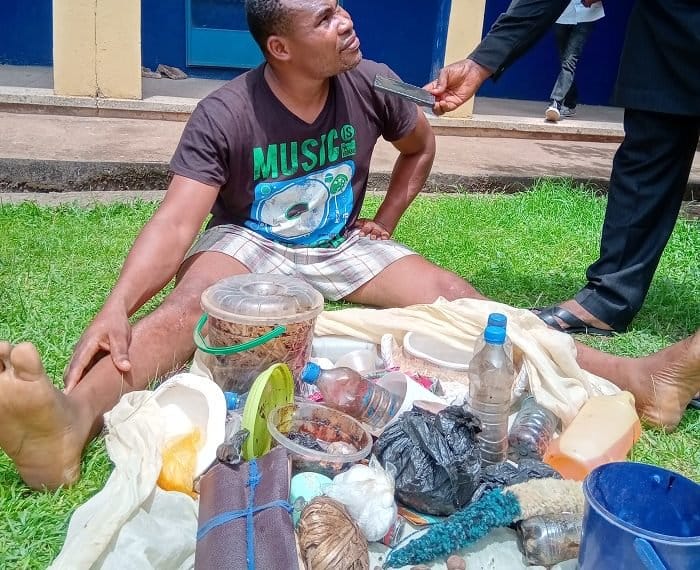 A pastor has been arrested for allegedly impregnating a teenage girl in Benin, Edo state capital. It was gathered that the General Overseer of Gloryland Church, Pastor Ekene Samuel, was apprehended for impregnating and procuring abortion for a teenage member of his church identified as Miracle.

Different charms were also found at the residence of Pastor Ekene. Police said Pastor Ekene charmed and had sex with the 17-year-old Miracle in December 2018.

Pastor Ekene was arrested after one Henry Aikhuaman reported that Miracle was missing.

It was gathered that Miracle was later found on a sick bed at Graceville Medical Centre along Ewah Road in Bénin City.

Doctors at the hospital were said to have told police interrogators that Miracle was brought in by one Happy Johnson, a deaconess in Pastor Ekene’s Church.

Speaking to newsmen at the police headquarters, Happy said it was Pastor Ekene that told her to procure the abortion for Miracle.

Pastor Ekene on his part described Miracle as one of his daughter in his church.

“Last year I had an extra marital affair with her in August. She came to me this year that she was pregnant. I asked my member here to take her to the hospital. She was taking some drugs to remove the pregnancy. The baby died in her womb.

The doctors did surgery on her because she was having appendicitis. The hospital asked me to pay N380, 000 and I have paid N150, 000 before I was arrested. She did not die.

“These charms were items returned by people I prayed for through deliverance. Some are also for me. I also do spiritual work. I have anti-poison and others.”

Edo Police Commissioner, Mr. Muhammed Dan Mallam, said the pastor and his accomplice would soon be charged to court.