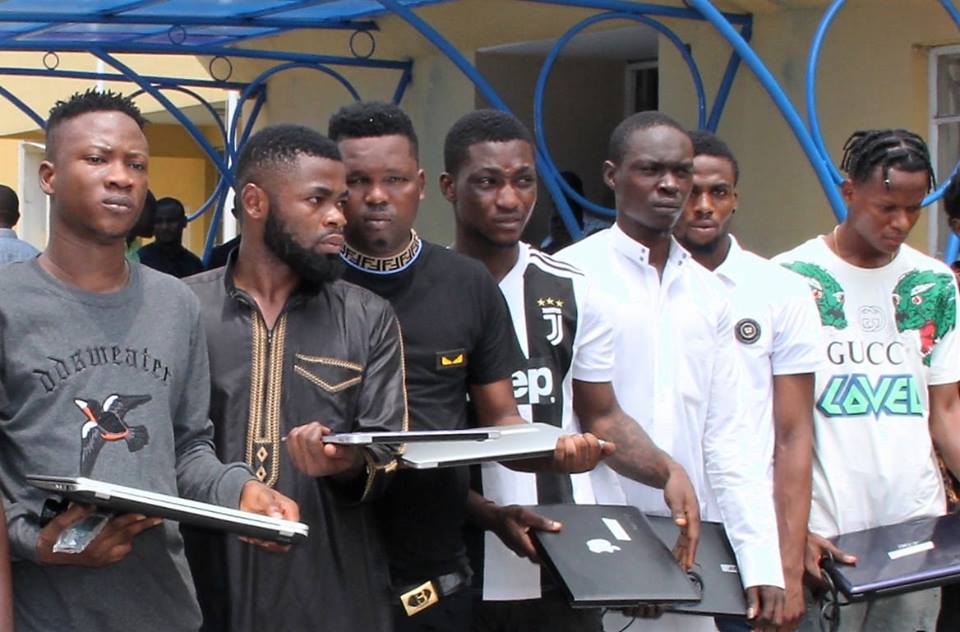 They were arrested in the Lekki County Homes and Igbo-Efon areas of Lagos State, following intelligence report received by the Commission, recently.

Items recovered from the suspects at the time of arrest include seven exotic cars, 16 laptop computers and 20 phones.