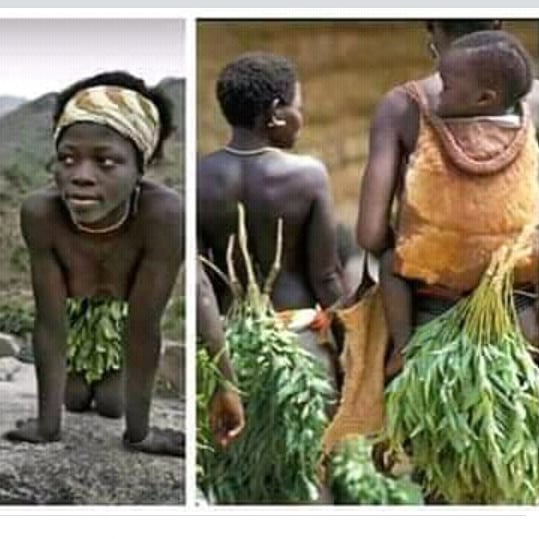 The Koma people became recognized as Nigerians in 1961, a year after independence, along with the old provinces of Northern Cameroon. Today Koma is part of the seven districts of Ganye local government in Adamawa State.

Koma is a relatively primitive hill-dwelling ethnic group in Northern Adamawa, in the Atlantika Mountains, which shares a border with Southern Cameroun. Hill-dwellers are spread through the South and South-West of these mountains, including many on the Cameroonian side

There are 21 Koma villages in the Cameroonian side of the Alantika Mountains and 17 villages on the Nigerian side.

The Koma have their own language, known as Koma, with an estimated 61,000 speakers. It is a member of the Niger–Congo language group.

They are committed to their traditional culture. The men wear loincloths and women wear fresh leaves. Koma men are much more receptive to wearing of contemporary clothes than the women.

The belief still holds firmly that if women wear clothes, they would incur the wrath of the gods with visitation of either death or barrenness.

When the government authorities made it mandatory in some markets for people to put on clothes, the women would put cloth wrappers over the leaves only in the market, and remove them on their way back to the hills.

As a mark of acceptance and friendship, a Koma man may share his wife with friends, especially visitors.

Among the Komas, a twin birth is regarded as evil, and twins are considered abominable so much so that until recently babies of multiple births used to be buried alive with the women who had the ‘misfortune’ of being their mothers.

READ  “Many Parents Failed To Teach Their Male Child About Consent From A Girl”, Cubana Chief Priest Says

This obnoxious practice of twins killing is out of vogue among Komas who dwell on the plains, but in the out-of-the-way settlements on the hills, the ancient practice still thrives without obstruction.