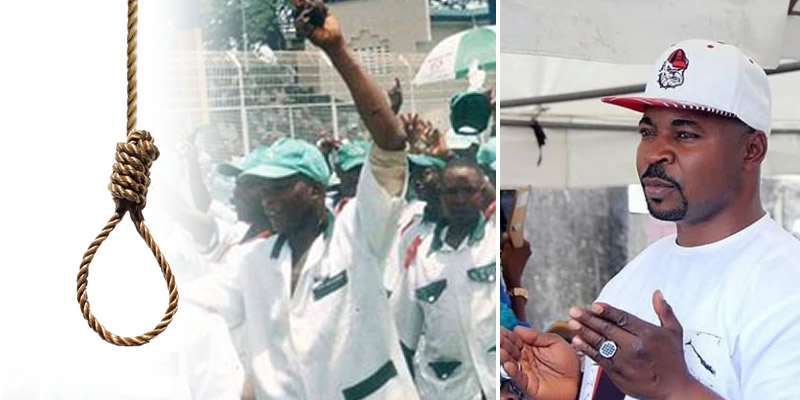 An Ekiti State High Court on Tuesday sentenced a member of the Road Transport Employer Association of Nigeria (RTEAN) Abednego Ajibola, to death for killing his colleague over scuffle on loading arrangement.

This is happening few weeks after NURTW chairman, Saheed Arogundade was sentenced to death by hanging for killing 32-year old policeman in Lagos.

Road Transport Association workers including NURTW members are popularly known for their thug lifestyle. Recall that MC Oluomo, a chiefteain of NURTW had defended their organization recently, claiming that their workers are professionals like lawyers and other professions.

The judge held that ingredients of the offence of murder has been established against the convict who, he said, committed an offence contrary to Section 316 of the Criminal Code Cap C16, Laws of Ekiti State 2012.

According to his confessional statement made to the Police, Ajibola said a disagreement ensued between him and deceased on loading arrangement on the said date.

The convict, in his statement, said he was slapped by the deceased, which provoked him to retaliate in the heat of the melee.

Ajibola in his testimony said he hit the deceased with a stone which led to his death as confirmed by other witnesses.

Other witnesses who testified against the convict are the wife of the deceased, Mrs. Ogunsakin and Dr. J.A. Omotayo of Ekiti State University Teaching Hospital (EKSUTH), who conducted the post mortem on the body of the deceased.

Delivering the verdict, Justice Ogunmoye ruled: “The ingredients of the offence of murder had been established against the accused person and he is convicted accordingly.

“The accused person is hereby sentenced to death by hanging on the neck till he be dead. May the Almighty God have mercy on your soul.“