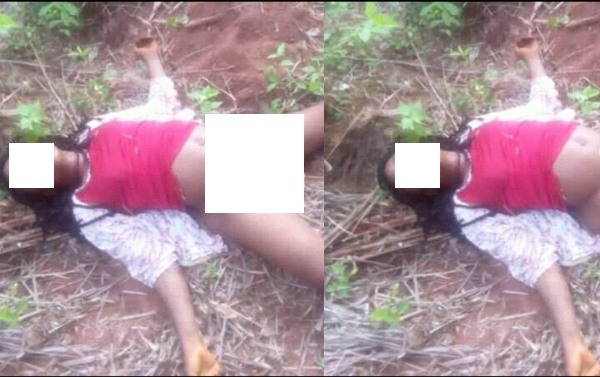 Residents of Igboeze north local government area of Enugu state, have been gripped with fear after a lady was found dead in a bush within the community.

It was gathered that the deceased was allegedly raped, according to the villagers as she was found partially naked with her underwear missing.

Her corpse was discovered in the bush early this morning, thereby throwing the community into panic as to what led to her death.

The villagers notified the police who arrived the scene to evacuate the corpse and begin investigation into the death.