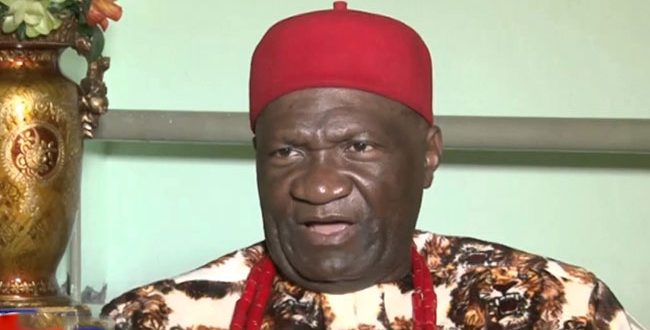 The motion for the vote of confidence was moved by the Enugu State Chapter President, Chief Alex Chiedozie Ogbonna and unanimously adopted by all the members present.

In a statement issued in Abakaliki on behalf of the NEC by Prince Uche Achi-Okpaga, the National Publicity Secretary, Ohanaeze Ndigbo Worldwide, the group added that the vote of confidence was passed on the President General because of how “he has piloted the affairs of the apex Igbo organisation to an enviable height.”

According to the statement: “We in the NEC are not and were not oblivious that the President General is an eminent statesman, a distinguished teacher, author in the fields of economics, history, law and political science. A man of noble spirit, humanitarian principles, and one who possesses a compassionate understanding of the marginalised, suffering and persecuted.

“It was the above sterling embellishments that he brought to bear on the course of galvanising Ndigbo for their total unity. As a result, he nailed and dispelled the deliberately accentuated and wallowing speculations that Ndigbo can never be united. It was crystal clear that Ndigbo were together and spoke well with one voice especially in the presidential election.

“The NEC therefore used the opportunity to thank the Igbo’s all over Nigeria and in diaspora for their confidence and belief in the NEC to fight for the welfare and interest of Ndigbo in all fores.”

“We do extend our thanks and appreciation to the IPOB, MASSOB and all other Pro Biafran groups for their display of inestimable understanding and maturity precisely during the elections and would always identify with them in any peaceful struggle for their lawful dreams.”

READ  Oshiomhole reveals those behind his alleged bribery scandal

“The NEC further eulogised the President General for being the arrow head in galvanising the AFENIFERE, PANDEF, Middle Belt Forum and other northern groups in clamouring for the restructuring of Nigeria through the exercise of sound judgement and a wise and kindly counsel with palpable pungency.

“We thank and sincerely appreciate these regional bodies for their hands of fellowship in the quest for the enthronement of good governance and the rule of law to the exclusion mere body language.

“We note therefore, that the amplitude of the President General’s moral integrity, the latitude of his lofty ideas, broad sympathies, and unblemished devotion to democratic principles, all together, has won for him the love and affection of freedom-loving Nigerians and elsewhere.”